What Happened to Plain Speaking Generals? 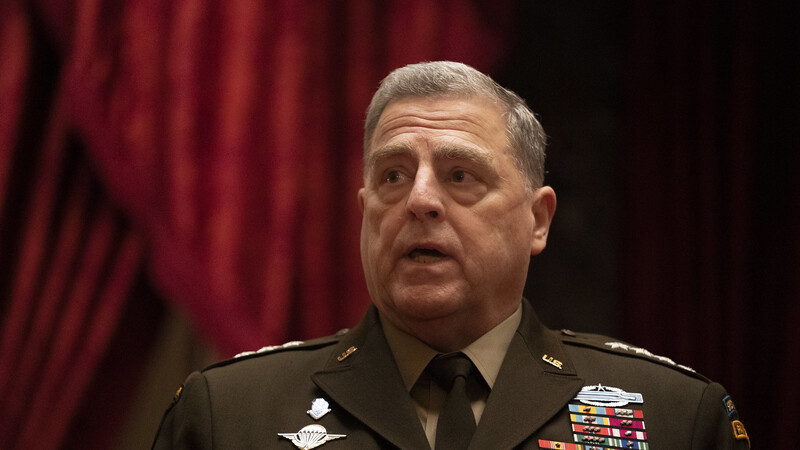 At a recent Pentagon press conference, General Mark Milley, chairman of the Joint Chiefs of Staff, provided a succinct update on America’s longest ever war. “With respect to Afghanistan,” he told reporters, “our primary military objective at this point is a change of mission to conduct a safe, responsible, coordinated, and deliberate retrograde of U.S. forces from Afghanistan in good order.” The operation was unfolding “in a synchronized fashion, shoulder to shoulder with our allies.” Indeed, Milley reported, “we are now in the final phase of that strategic retrograde.”

By adorning his remarks with reassuring adjectives—responsible, deliberate, synchronized!—Milley was no doubt hoping to divert attention away from the noun that they modified. Retrograde is not a standard military term. It is a euphemism. Milley deployed it to conceal what is actually occurring: having failed to accomplish their assigned mission in Afghanistan, the armed forces of the United States are calling it quits.

So don’t expect Milley to win this year’s General Joseph Stilwell Award for Candor. In 1942, when Japan’s army booted his command out of Burma, Stilwell famously declared, “I claim we got a hell of a beating and it is as humiliating as hell.” Vinegar Joe did not rely on artful evasions to disguise that failure. Furthermore, Stilwell continued, “I think we ought to find out what caused it.”

The present generation of senior U.S. military officers has an aversion to confronting uncomfortable truths. Rather than the straightforward language once prized by such exemplars of their profession as Ulysses S. Generals Grant and William T. Sherman, they rely on weasel words. As a result, they sound less like soldiers and more like politicians. On that score, Milley is by no means the only offender.

When U.S. forces entered Afghanistan in the autumn of 2001, they had two principal objectives: first, to destroy al-Qaeda; and second, to overthrow the Taliban and install in Kabul a legitimate and democratic political order backed by effective security forces. Those twin goals defined the mission. Nearly 20 years later, neither one has been accomplished.

After all, in just about every quarter of American society, it’s taken for granted that ours in the best military establishment in all of history. Yet to judge by results achieved, the U.S. military underperforms—more or less like the ball club with the fattest payroll finishing the season nowhere near first place. The problem is not with individual effort—God knows the troops are working hard enough. No, the problem is with outcomes.

What precisely accounts for this disparity between exertions and outcomes? The question is one that General Milley is loath even to pose. And with a recently retired general presiding over the Pentagon as defense secretary, we can’t expect much help from that quarter. In the Congress, meanwhile, members of the relevant committees appear to be more concerned about sexual harassment in the ranks than with examining why mission accomplishment is so elusive.

The nation needs—and the troops deserve—a military leader with the gumption to ask hard questions and to demand honest answers. President Biden, take note: General Milley is not that leader.