To Fix Pentagon PR, We Must End Our Endless Wars 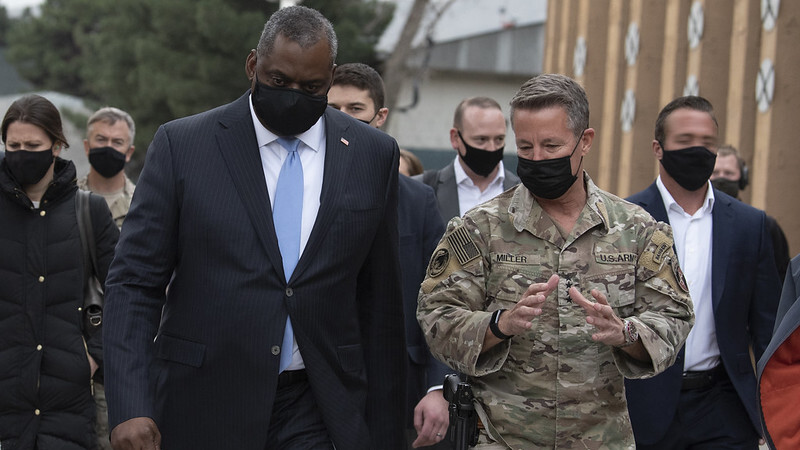 Secretary of Defense Lloyd Austin expressed his “revulsion” after Carlson questioned the role of women in combat. Keeping women mostly out of combat had been the U.S. military’s centuries-long orthodoxy until just a few years ago.

Carlson objected that the U.S. Capitol is currently militarized. More troops are on guard against purported American “insurrectionists” than are currently serving in war zones in Afghanistan. He noted that far too many defense secretaries — he singled out Austin — rotate between corporate defense-contractor boards and billets.

Carlson’s subtext is that too many of our retired top brass virtue-signal their wokeness while seeking to make a great deal of corporate money from their prior (and often future) government service and contacts.

Aside from the fact that the military usually does not use its top officials to react to journalists, the Pentagon should try to refute Carlson rather than comparing him to the hostile Chinese. The Pentagon might instead seek to reassure the public that no physical standards for combat troops have been lowered to accommodate frontline soldiers of any gender.

Spokesman Kirby also could attempt to reassure the public that defense secretaries and top-ranking Pentagon officials have not recently served on the boards of defense contractors before or after their tenures. He might contend that defense budgets are not soaring in part because of administrative bloat and social-welfare costs.

The Pentagon might also try to explain the ubiquitous barbed wire and troop presence in Washington — the greatest militarization of the nation’s capital since Confederate general Jubal Early marched on Washington in July 1864.

The military has announced it is now conducting an internal probe to root out American soldiers suspected of harboring supposedly dangerous ideas.

What is going on?

Increasingly, some brass spend extended tenures inside the Pentagon or within the Beltway, attached to the White House or Congress. They master the contours of the military-industrial complex and profit from them upon retirement. Many acquiesce to now-orthodox progressive ideology, which is omnipresent among federal bureaucracies and much of Congress.