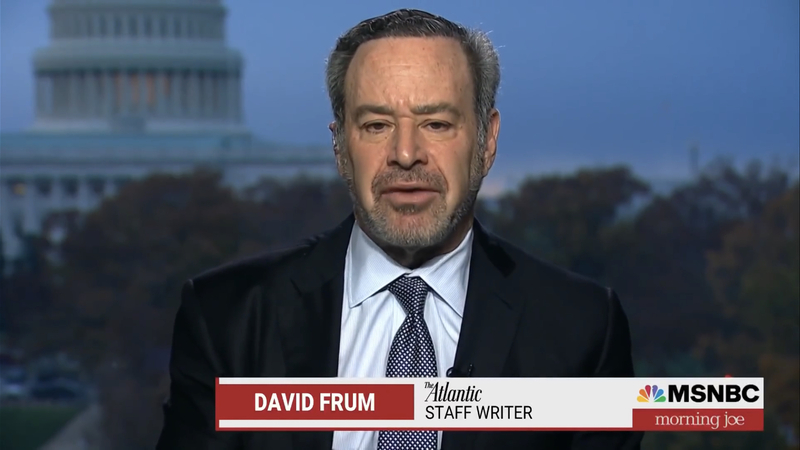 There are many common characteristics tying these neocons together and forming a cogent ideological strain. Two of the most toxic of these have been on full display over the last month. The first is that they are always — in every case — in favor of any opportunities for the U.S. to involve itself in a new war. You wind up a neocon, and they start inventing excuses for why the U.S. must either bomb and invade other countries or enter a new proxy war to arm and fund other countries to do so for it. It is, therefore, unnecessary to point out that they are all not just in favor of U.S. involvement in a potential war between Russia and Ukraine but fanatical and giddy about it.

Neocons derive purpose, self-esteem and arousal from watching other people’s children fight and die in wars.

But the other, related attribute that binds them together is the way neocons smear anyone who opposes their plots to involve the U.S. in new wars as traitors, on the side of whichever Bad Leader they want (others) to fight. Frum is the most enthusiastic purveyor of this sleazy tactic, one he has perfected over more than two decades. Back in 2003, right after he left the Bush White House where he had authored speeches advocating for an invasion of Iraq and a broader War on Terror, he wrote a National Review article accusing right-wing opponents of the Iraq War of being on the side of America’s enemies. Aptly entitled “Unpatriotic Conservatives,” Frum cited Pat Buchanan, Robert Novak, Justin Raimondo and other anti-war “paleoconservatives” who went beyond what Frum deemed permissible dissent — namely, questioning how the U.S. could best topple Saddam’s government — and into treason:

“The antiwar conservatives have gone far, far beyond the advocacy of alternative strategies. They have made common cause with the left-wing and Islamist antiwar movements in this country and in Europe. They deny and excuse terror. They espouse a potentially self-fulfilling defeatism. They publicize wild conspiracy theories. And some of them explicitly yearn for the victory of their nation’s enemies.”

One of the crimes committed by these unpatriotic conservatives, argued Frum, was their willingness to join with anti-war voices on the left. “Common cause: The websites of the antiwar conservatives approvingly cite and link to the writings of John Pilger, Robert Fisk, Noam Chomsky, Ted Rall, Gore Vidal, Alexander Cockburn, and other anti-Americans of the far Left,” the Canadian-immigrant-turned-Super-American-Patriot wrote.

Condemning Buchanan’s version of “America First” foreign policy — which caused the former Nixon White House aide to become one of the most vocal opponents of the new war which Frum and his neocon comrades were desperate to send mostly working-class American families to go fight — Frum condemned these anti-war conservatives of being guilty of every bigotry he could think of: racism, anti-Hispanic animus, and anti-Semitism. He concluded his lengthy accusatory screed with rhetoric that should sound very familiar to anyone who has heard Frum cast similar aspersions over the last five years toward anyone not as obsessed with Trump as he is, or more recently, not as eager as he is to send other people’s kids or American resources to fight Russia:

That is now, by far, the favorite attack against anyone who believes that Ukrainian borders are not important enough to U.S. interests to involve the U.S. in a war. The most vocal media opponent of U.S. involvement in Ukraine has been Fox News’ Tucker Carlson (though, as usual these days, war skepticism is also found on many Fox shows, including Laura Ingraham’s, where I recently appeared to make that case, but almost never on CNN or MSNBC). Carlson, on an almost nightly basis, has posed the question few others in corporate media are willing to ask: why is Ukraine a sufficiently vital interest to the U.S. to risk lives, resources and potentially war with Russia in defense of it?

As punishment for arguing against the neocons’ latest plan to involve the U.S. in a new war, Carlson has been widely vilified as a Kremlin asset or, at best, a mouthpiece. “You’re going to hear a lot of lying about Putin’s War from Putin apologists on the Carlson right and the Greenwald left,” warned Frum, adding: “Putin apologists in US, UK, Germany, etc. should not be allowed to get away with hanging Putin’s War on any other neck.” A former Obama official and now-Democratic Congressman from New Jersey who is often a voice for war — Tom Malinowski (who, ironically, was a top official of Human Rights Watch before running for office) — claimed on Monday that his office is being inundated with calls demanding that he and the U.S. “side with Russia,” and Malinowski asserts that Carlson is somehow to blame for this. That insinuation of treason predictably led to an immediate appearance on CNN, where Malinowski’s claims were converted into on-screen graphics from CNN suggesting that the Fox host is not on the side of America but its enemies.

Read the rest of this article at Glenn Greenwald’s Substack