The “Forever War” Is Bigger Than You Thought 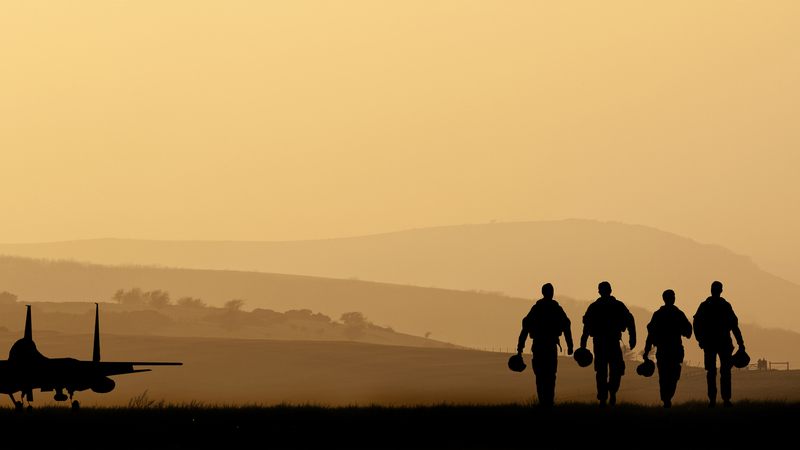 Today, the end of a much longer war appears to be approaching. The fighting in Afghanistan has lasted nearly two decades, the most protracted conflict the United States has ever endured. This war is in turn part of a much larger battle that has been variously described as “America’s endless wars,” the “war on terror,” or simply the “long war” that began in the wake of the attacks of September 11, though earlier skirmishes took place during the 1990s.

The Biden administration is currently trying to negotiate a spheres-of-influence arrangement in Afghanistan that resembles what Churchill laid out in 1944. The American-backed government in Kabul, according to this proposal, would share power with the insurgent Taliban forces as an interim step until elections can be held under a new constitution.

Such a deal would make it easier for the United States to withdraw all of its 3,500 soldiers from Afghanistan by May 1, as laid out in a peace deal signed in 2020. Even if that withdrawal goes through, however, the institutional apparatus of the larger “long war” will still be operational. U.S. forces remain in Iraq and Syria, and the Pentagon eyes the civil war in Libya with concern. In all, after drawdowns in Afghanistan and Iraq, about 50,000 U.S. troops are stationed in the greater Middle East, with 7,000 mostly naval personnel in Bahrain, 13,000 soldiers in Kuwait and a roughly equal number in Qatar, 5,000 in the UAE, and several thousand in Saudi Arabia. U.S. Special Forces are also scattered across Africa, while the United States is still conducting air operations throughout the region.

But, as in 1944, the preliminary discussion of a power-sharing arrangement in Afghanistan suggests that the active phase of the “long war” is coming to an end. The specific U.S. adversaries—al-Qaeda, the Islamic State, and various smaller global actors—have more or less been defeated. Local groups that have battled U.S. forces, like the Taliban, remain powerful, as do adversarial governments like Bashar al-Assad’s in Syria, but they don’t pose a threat to the U.S. homeland. Larger geopolitical rivalries, with Russia and Iran in particular, continue to shape the conflicts in the region, but the United States has already established an uneven pattern of engagement and containment with these actors.

If history is to be replayed, the United States will wind down direct combat in favor of a tense cold war and intermittent “out-of-area” operations. The end of this “long war” against the architects of the September 11 attacks and their supporters is long overdue. The Biden administration is eager to focus on “building back better” at home, enjoy a post-war economic expansion, and beef up the U.S. capacity to challenge China and, to a lesser extent, Russia. The administration is reassessing its military capabilities to reflect these priorities.

After promising to end the forever wars during the 2020 election campaign, Joe Biden is eager to enjoy his own “mission accomplished” moment in Afghanistan. But that pledge comes with a couple asterisks.

For one, Biden would like to maintain a “counter-terrorism” force in Afghanistan with the permission of the Taliban. Such an agreement would parallel the arrangement in Iraq, where the government allows around 2,500 U.S. troops to focus on suppressing any remnants of the Islamic State (as well as reining in Iran-backed paramilitaries). Second, Biden has in the past broached the possibility of moving U.S. military bases from Afghanistan to Pakistan where they would continue to serve their counter-terrorism function. It’s not at all clear whether the Taliban or Pakistani Prime Minister Imran Khan would be enthusiastic about these options.

At the moment, the United States is paying a relatively low price for its continued presence in Afghanistan. After last year’s peace deal, there haven’t been any U.S. combat deaths in the country, which means that Afghanistan is basically absent from the hearts and minds of Americans. The U.S. foreign policy community would like to preserve that status quo as long as possible, particularly given the post-withdrawal prospects of “ethnic cleansing, mass slaughter and the ultimate dismemberment of the country,” as Madiha Afzal and Michael O’Hanlon of Brookings have written. Similar arguments were made around the proposed withdrawal of the bulk of U.S. troops from Iraq, and yet those worst-case scenarios haven’t come to pass.

But the United States has failed in two decades to defeat the Taliban with the full force of its military. Keeping a few thousand soldiers in the country is not going to change the balance of power on the ground. “The hawks argue that to leave Afghanistan is simply unthinkable until someday when they have finished winning the war,” writes Scott Horton in his new book Enough Already: Time to End the War on Terrorism. “But they lost the war more than a decade ago, and no one who protested against Trump’s drawdown had a single coherent thing to say about how staying there is supposed to somehow change the reality of Taliban power in that country.”

Won’t Afghanistan again become a safe haven for international terrorists once the U.S. troops withdraw along with their NATO partners? For all their immersion in Islamic religion and culture, the Taliban are Pashtun nationalists interested above all in kicking out the foreigners. They’re not big fans of the Islamic State, but they do maintain a close relationship at the moment with the 200-250 al-Qaeda militants in the country. Take NATO out of the equation, however, and that relationship will likely fray at the seams, particularly if international recognition, access to the global economy, and the support of powerful neighbors like Russia and Iran depend on a verifiable divorce.

The “endless wars” are obviously not just being fought by the 3,500 troops in Afghanistan and 2,500 soldiers in Iraq. As the Bush administration transitioned to the Obama era and war fatigue began to set in, the United States shifted its focus from ground operations to an air war.

In Afghanistan for instance, as the number of troops declined from a high of 100,000 in 2011, the number of airstrikes steadily increased, with a peak in terms of bombs dropped in 2018 and 2019 and a consequent rise in casualties. “The number of civilians killed by international airstrikes increased about 330 percent from 2016, the last full year of the Obama Administration, to 2019, the most recent year for which there is complete data from the United Nations,” reports Neta Crawford of the Costs of War project.

Throughout the greater Middle East, the United States has launched in excess of 14,000 drone strikes, which have killed as many as 16,000 people, including several hundred children.

Since taking office, as I note in my recent study of Biden’s take on multilateralism, the Biden administration has launched two airstrikes, one against Iranian targets in Syria on February 25 and the other in Iraq on February 9 against the Islamic State. The Syrian attack in particular has prompted a bipartisan effort in Congress to repeal the Authorizations for the Use of Military Force (passed in 1991 and 2002) in order to narrow the presidential ability to launch future airstrikes.

In effect, the Biden administration is applying greater oversight across the range of military operations to bring them into closer compliance with international rules and regulations. Such oversight, however, does not imply the end of the endless wars.

For that to happen, the United States would have to dramatically shrink its global military footprint, the constellation of U.S. bases around the world that serve as the launching pad for myriad operations. About 220,000 military and civilian personnel operate in more than 150 countries and over 800 overseas military bases. A significant chunk of the Pentagon’s $700 billion-plus budget goes toward maintaining this immense archipelago of force.

So, let’s remember that the 3,500 American troops in Afghanistan are just the tip of the iceberg. For the United States to avoid the fate of the Titanic—also famous at one time for being immense and impregnable—it had better address the rest of the icy hazard of war.

Read the rest of this article at Foreign Policy in Focus