The Costs of Endless War on Military Families 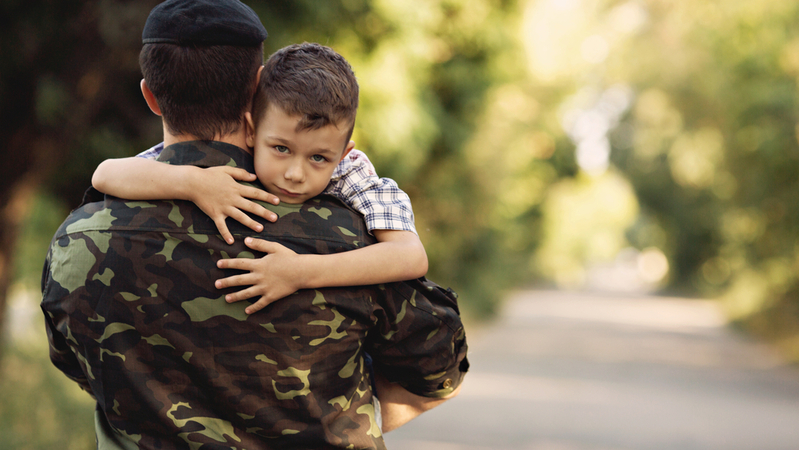 April is the Month of the Military Child, a time put aside to celebrate the children of service members who bear the weight of service to the country. I have experienced it from both sides.

I like to joke that I was issued to my parents by the U.S. Navy. When I was born, my dad was stationed in Virginia Beach, where he served as an F-14 radar intercept officer with the World Famous Pukin’ Dogs fighter squadron.

I grew up like many other children of military parents. We were raised with a strong sense of duty. I knew the ins and outs of the Navy and my dad’s job. I also waited patiently and anxiously at home when he was on orders.

The United States has been at war in Afghanistan for nearly two decades. Our troops have been deployed around the Middle East, Africa, and elsewhere in the world during that time too, under Authorizations for Use of Military Force passed in 2001 and 2002, but without any votes on them or updates since.

At the beginning of the war in Afghanistan, the mission was clear – destroy al-Qaida for carrying out the attacks on Sept. 11, 2001, and punish the Taliban for harboring them. But in the years that followed quickly accomplishing those goals, murky new nation-building justifications for our continued deployments led U.S. efforts in Afghanistan astray.

The president’s recent announcement that troops will be out of Afghanistan by Sept. 11 this year is welcomed and long-overdue news, but we should remember that endless war spreads far beyond Afghanistan. Troops are sent to dozens of countries, on deployments with no real link to our national interests. Our service members are put in harm’s way to accomplish vague missions that are harder and harder to argue are necessary to keep America safe.

My dad’s work took him away from home throughout my childhood and into my adult life. Even now he and my mother are stationed overseas and only see my son and I twice a year. For many other military children, the post-9/11 wars have meant constant deployments for their parents and repeated goodbyes.

I am now raising a military child of my own, as my son’s father is an active-duty Army medic.

I feel for this generation of military children who know nothing but war, children who continuously say goodbye to parents deployed in a war older than them, who pay part of the cost of wars with no clear objectives.

Read the rest of this article at the Pensacola News Journal