The Constitution is Crystal Clear on War Powers 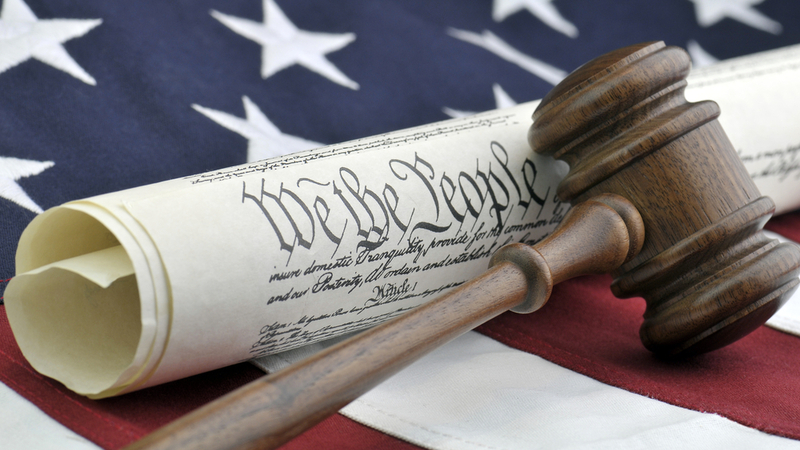 President Joe Biden’s decision last month to launch an airstrike against Shia militia targets in eastern Syria, purportedly in retaliation for rocket attacks against U.S. troops in Iraq, has resurrected the debate about war powers. Concerned that the strike is one more instance of executive overreach on matters of war, some lawmakers are attempting to build momentum for a renewed push on repealing and replacing overly expansive authorizations for the use of military force (AUMF). The Biden administration is responding to the effort with some sympathy.

Proponents of executive power are, predictably, sounding the alarm on reform. On March 12, John Yoo and Robert Delahunty made the case in these pages for why Biden’s cooperation on war-powers reform would be a mistake — and, just as important in their view, for why going down this road would “reset” the constitutional order.

The problem with this analysis, however, is that it circumvents the very principles America’s founding generation put in place to restrain presidents from granting king-like powers to their office. What the authors are essentially arguing for is turning the presidency into a quasi-monarchy, one in which the decision to take the U.S. into a state of war belongs entirely to a single individual. Not only would this be a direct violation of what the Constitution dictates, but it would also relegate the legislature, an independent and coequal branch of government, into a debating society virtually powerless to stop a conflict before it even starts.

The Framers of the U.S. Constitution were smart men. They had a keen sense of history and understood that unchecked systems of government were susceptible to abusing their power and rushing into potentially catastrophic mistakes. Only through a system of checks and balances, where one branch of government can rein in the excesses of the others, would America insulate itself from these same kinds of problems.

This was no more vital than on the decision to take the country to war, the most consequential decision any nation can make. It was one reason why framer James Madison, an avid opponent of executive war-making, was so intent on ensuring that Congress, not the president, was the sole determiner of whether or not war was authorized. War, put simply, was so consequential and potentially existential for the nation that the process of entering into one should be deliberate and difficult. Madison summed up his thinking in a letter to Thomas Jefferson more than a decade after the Constitutional Convention: “The constitution supposes, what the History of all Govts. demonstrates, that the Ex. is the branch of power most interested in war, & most prone to it. It has accordingly with studied care, vested the question of war in the Legisl.”

Yoo and Delahunty do acknowledge that Congress has options if it’s truly interested in asserting itself. For example, lawmakers could use their appropriations power to defund an ongoing military operation. Articles of impeachment are also on the table.

Yet all of these recommendations don’t obviate the blaring fact that, on the most fundamental question of war and peace, the institution of the presidency continues the terrible habit of all but elevating its own legal opinions above the Constitution. What’s worse, the legislative branch in general has spent decades sitting on its hands and allowing the executive to grab ever more power.

The law is clear: Unless the U.S. is under an imminent attack, the president is constitutionally responsible for approaching Congress for the authority necessary to introduce the U.S. military into hostilities. Anything beyond this is an artificial expansion of the executive branch’s prerogatives and a sign of disrespect to the Framers.