The Cartoonish Absurdity of Lindsey Graham 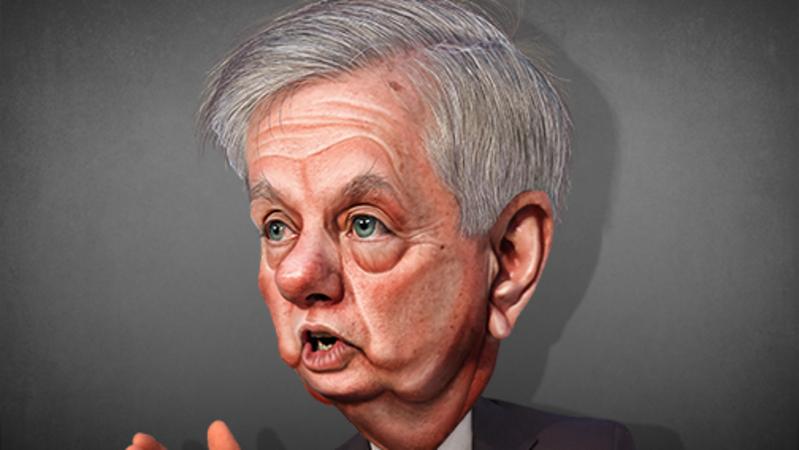 I thought of that today, perhaps because it’s almost the 20th anniversary of 9/11 and I needed some levity. Or perhaps because [Senator Lindsey] Graham has taken this somber occasion to once again call for more war. “We will be going back into Afghanistan,” he pronounced recently. His interviewer, a sober BBC sort who seemed unfamiliar with Graham’s one-man Guns of August shtick, was incredulous: “You seriously think the United States will once again, in the foreseeable future, put troops back into Afghanistan?” “We’ll have to,” Graham averred, “because the threat will be so large.”

Threat? I’m not one to rail against ‘the threat from within’ (unless we mean New York sports teams), but I am starting to wonder here. During the Peloponnesian War, Athenian generals couldn’t so much as cede a meadow without being arraigned by the shrieking assembly. Yet in our democracy, you can spend 20 years being spectacularly wrong about matters of life and death, you can vote our armed forces into unwinnable quagmires, and still get invited on TV to say the only problem was that the dictionary definition of ‘insanity’ wasn’t adhered to closely enough.

Can unaccountability constitute a threat? Only in America, baby, land of 72nd chances.

This was best captured by one of the many jingles used to sell the Iraq war: ‘We cannot wait for a smoking gun that could come in the form of a mushroom cloud.’ The metaphor was first thought up by Michael Gerson, a speechwriter for George W. Bush, who is today cozily employed by the Washington Post (Ameeeeeericaaaa…). It was then used by several administration officials, including President Bush himself. Its point was that we couldn’t wait for the evidence of Iraq’s WMD program that might be demanded by, for example, a rational person, on account of the fact that such proof might come in the form of, say, Saddam Hussein raining down hydrogen bombs upon New York.

So what a relief to find that most of us have moved on from this security-state helicopter parenting. Those Iraqi WMDs never did turn up, after all; our Mesopotamian stranger danger was vastly overblown. Yet Lindsey Graham remains ever at the kiddie table. As late as 2013, the South Carolina lawmaker was achieving a kind of ad absurdum nirvana for the “mushroom cloud” metaphor by warning that if the US didn’t confront Iran, terrorists might nuke Charleston Harbor.

Thankfully, for most of us, such hysteria feels about as dated as Colin Powell holding up a vial at the UN. Two decades on, let’s honor 9/11 by pledging to live like Americans, like free people and like adults.

Read the rest of this article at The Spectator World