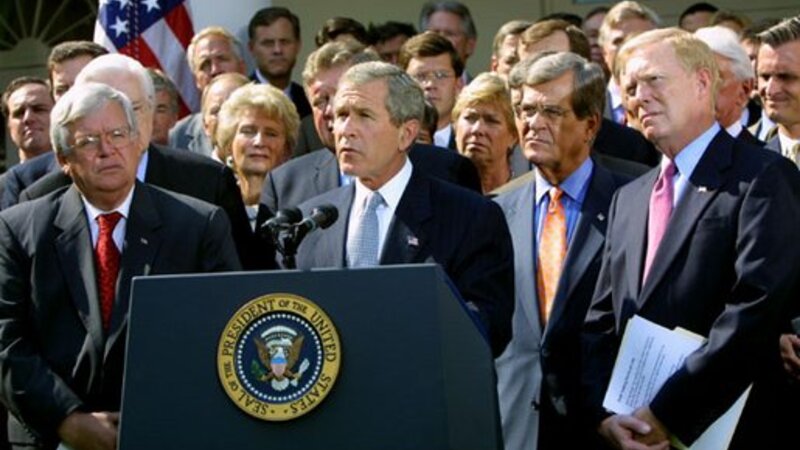 On Joe Biden’s first full day as president, five House Democrats wrote him to urge that he work with Congress to retire the 2001 and 2002 Authorizations for Use of Military Force, or AUMFs. Working with Congress would be ideal, but if it proves impossible, the president should show real leadership by doing something his predecessors have been far too reluctant to do: give up some of his powers voluntarily.

Why is this so urgent? In two decades, at least 41 military operations in 19 countries have been launched under the cover of these two authorizations, which have been interpreted so broadly that they offer seemingly unlimited presidential war power. This contradicts not only the Constitution, which vests in Congress the power to declare war, but also the more detailed parameters of the 1973 War Powers Resolution, a law passed in the wake of the (undeclared) Vietnam War specifically to close the gap exploited in the absence of a war declaration. While it still provides some wiggle room, the War Powers Resolution clearly requires that any combat operations lasting longer than 60 days must be approved by Congress, either through a declaration of war or specific statutory authorization. The 2001 AUMF authorizes the president specifically to use force against those who committed or aided in the commission of the 9/11 terrorist attacks or harbored those who did. The 2002 AUMF authorizes use of force against the threat posed by Iraq specifically. Most of the operations subsequently pursued under these two AUMFs have at best tangential connections to their original purposes.

The 2001 AUMF, passed just days after the 9/11 attacks, has been given a particularly expansive application. In addition to being the grounds for our long-standing war in Afghanistan, it has been used to justify foreign military training, advising, and assisting in the Philippines; foreign military training and equipping in Georgia; military deployment to Djibouti to enhance counterterrorism capabilities in Kenya, Ethiopia, and Eritrea; a variety of activities including a steady supply of strikes against al-Shabab in Somalia; direct military action in Yemen; military activities of U.S. special operations forces in Iraq, Syria, and Libya; deployments in Niger and Cameroon to provide intelligence and reconnaissance support to African partners conducting counterterrorism operations; and deployments to enhance counterterrorism capabilities of “friends and allies in areas around the globe.”

Several of the operations launched under the 2001 AUMF target the Islamic State, a terrorist organization that did not even exist in 2001. Nearly all have resulted in civilian casualties and high financial costs, and most have incurred U.S. troop casualties as well. None was subjected to the congressional oversight that our Constitution envisioned would raise the bar for lethal action and keep us out of wars of choice.

The danger of the steady expansion of executive war-making authority was on full display a year ago with the Trump administration’s strike against Iranian Gen. Qassem Soleimani. Congress called foul, passing a law requiring congressional authorization for any further military action against Iran, but that effort provided cold comfort in the wake of the provocative attack. Congress’ attempt to enforce its oversight failed even to reach the threshold necessary to escape a veto. Biden has the power to insulate America from future risks of an unpredictable executive wielding war power independently, but only if he chooses to do so.

Congress will shirk its war powers responsibilities as long as it is allowed to do so. The people might ultimately permit it again, but that doesn’t mean the president must continue to do so too. As even recent history has shown, sometimes real leadership involves walking away from power.

Read the rest of this article at Slate