Repeal All AUMFs, Not Just the Easy Ones 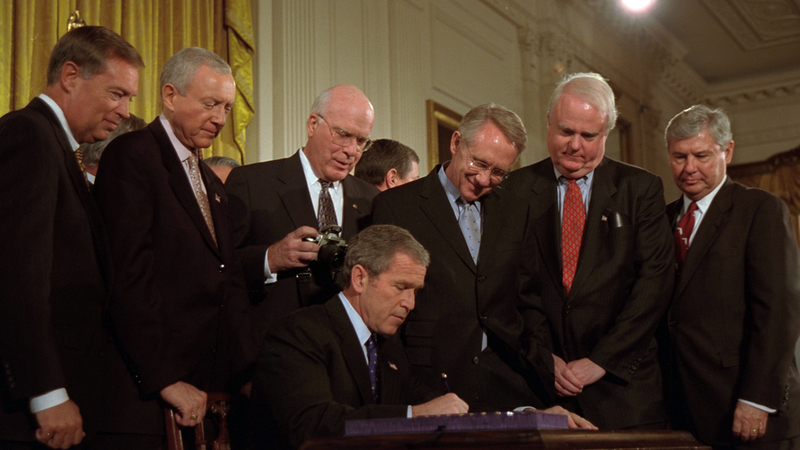 Saddam Hussein was executed at the gallows in 2006 — but the Authorization for the Use of Force used by the US military to topple his regime in Iraq is still alive and kicking, a legacy the Pentagon has been loath to bury along with that war.

That legislation, passed in October ahead of the March 2003 invasion of Baghdad, authorized then-president George W. Bush to use the Armed Forces of the United States ‘as he determines to be necessary and appropriate’ in order to ‘defend the national security of the United States against the continuing threat posed by Iraq; and enforce all relevant United Nations Security Council Resolutions regarding Iraq’.

But it looks like it’s finally losing its grip. The votes and the stars appear aligned to sweep away the legislation, which has given the White House and military a virtual blank check for operations in Iraq for nearly two decades, along with the rest of the bad war memories. And it’s got bipartisan buy-in. The House is set to vote on a measure by Rep. Barbara Lee — who voted against the original bill in 2002 — on Thursday that would repeal the authorization for good. Joining her among 139 current co-sponsors are 10 Republicans. That short list includes freshmen Reps. Nancy Mace of South Carolina, and Peter Meijer of Michigan, an Iraq War veteran who says repealing the measure is ‘constitutional hygiene’.

It’s a ‘small step’ because the big dragon to slay is the 2001 AUMF, which was passed after the 9/11 attacks to pursue the perpetrators, along with those who harbored them whether they be individuals or state- and non-state actors. Over time that authorization has been interpreted to include the Taliban, al-Qaeda, Isis and a host of off-shoots across the Middle East and North Africa that the executive branch and the Pentagon have deemed under the umbrella with little congressional oversight.

‘One of the talking points being used by proponents of repeal is that getting rid of the 2002 AUMF will not affect ongoing military operations. So my question is, what are we accomplishing then?’ charged Dan McKnight, veteran and founder of Bring Our Troops Home.

‘If our goal is to bring our troops home from these unconstitutional wars, what do we get from striking these low hanging fruit? We should be primarily working towards repeal of the 2001 AUMF,’ he added. ‘Everything else is noise.’

There is a movement for that repeal, but no similar broad consensus, even if the 2001 AUMF is the legislation chiefly abused to justify bombings in Syria, continued airstrikes in Somalia, even intervention in Yemen. While President Biden said Monday that he supports repealing the 2002 measure, his White House has signaled any repeal of outdated authorizations would be ‘replaced with a narrow and specific framework that will ensure we can protect Americans from terrorist threats while ending the forever wars’.

Read the rest of this article at The Spectaror World