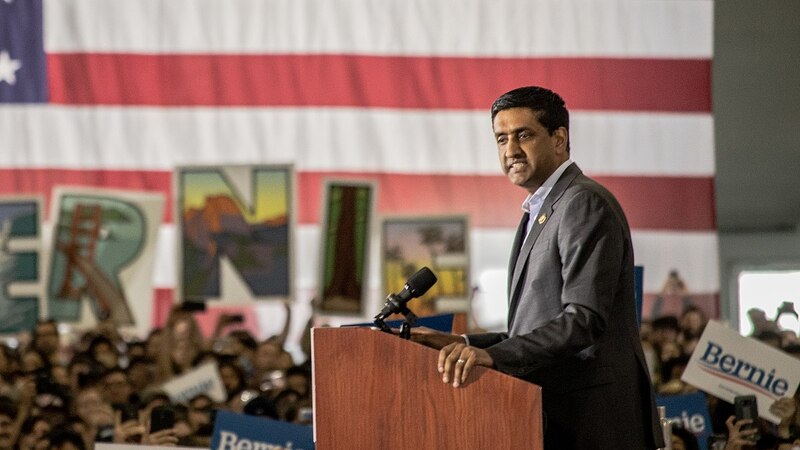 Rep. Ro Khanna of California is a third-term progressive Democrat in the House who has made a name for himself as a strident opponent of the US government’s interminable support for the “forever wars” — the numerous military actions that have gone on for years without congressional approval.

To pivot a bit, you took a lot of heat from people on the left for going on Laura Ingraham’s Fox News show and discussing your support for ending the forever wars. Some thought you were “validating” Ingraham just by appearing on her show. Why do you think it’s valuable to go on shows like that?

I believe in the First Amendment, and I believe that you have to reach as many audiences as possible, and you have to engage in wide debate. Laura Ingraham has millions of followers. She’s going to have millions of followers whether I go on her show or not. So the idea that I’m “validating” it doesn’t measure up with the facts. It’s one thing if I went on some show that had a small audience and was giving them a credibility boost, but Ingraham’s show doesn’t need that.

I don’t think progressives should be afraid to go into forums and articulate our ideas and build a growing coalition. Otherwise, how are we ever going to get our policies through? Now, if someone is on those programs, I think that they have an obligation to speak out for their values and you shouldn’t be going on a show and, and agreeing with the host if they’re saying things that are offensive or saying things that are contrary to what you believe.

President-elect Joe Biden’s got a history of being a hawkish Democrat, and his administration is shaping up to be a lot of familiar faces, probably not people that are terribly divergent from his foreign policy views. What are you hoping for from the Biden administration when it comes to national security and foreign policy?

I’m hoping we end the war in Yemen and I’ve been encouraged by preliminary conversations with people in Biden’s team. I think they understand the moral urgency of the situation. I believe [Biden’s nominee for secretary of state] Tony Blinken is going to make it a priority to stop our support for the Saudis and stop the bombing in Yemen. That has to be a priority.

I’m working with Sen. Bernie Sanders on a war powers resolution to make sure that Congress has to be consulted before we get into any other wars.

What do you think Biden should do about the remaining US troops in Afghanistan?

He should pull them out. There needs to be a peace negotiation, and then we ought to leave. That’s what’s in the interest of humanitarian considerations, that women and children are dying there every day as we speak. And that’s in the United States’ interest. We’re still spending $50 billion a year there. That would pay for almost-free college for every American. That would alternately pay for high-speed internet for every American. The costs have been staggering and the cost to human life is staggering. So we need to leave.

Read the rest of this article on Business Insider