Our Only Mission in Iraq Should Be to Get Out 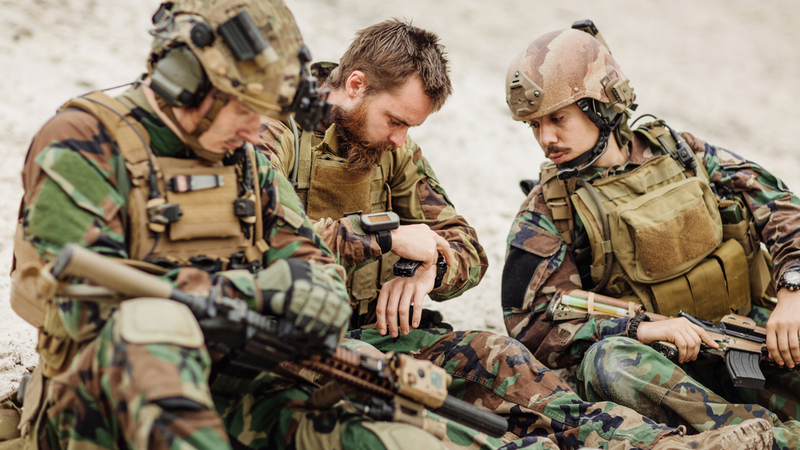 The 18th anniversary of the 2003 U.S. invasion of Iraq came and went last month with little fanfare.
Perhaps it’s unsurprising: One does not particularly care to celebrate the launch of our country’s second-longest war, which has spilled so much blood and treasure and accomplished so little good.

Unfortunately, the decency of eschewing untoward celebration does not yet extend to ending this untoward war altogether. But the Biden administration now has an opportunity for exactly that: Strategic dialogues between Washington and Baghdad took place on Wednesday, and while the White House framed the talks as a broad “opportunity to discuss our mutual interests across a range of fields from security to culture, trade, and climate,” Iraqi Prime Minister Mustafa al-Kadhimi advocated a more straightforward goal: Ending U.S. military action in his country.

The Biden White House says U.S. “coalition forces are in Iraq solely for the purpose of training and advising Iraqi forces to ensure that ISIS cannot reconstitute,” but that’s hardly a credible claim. “Iran policy has simply taken over Iraq policy,” Douglas Silliman, who was U.S. ambassador to Iraq from 2016 to 2019, told The Atlantic last year. Former President Donald Trump infamously said he wanted to keep U.S. troops in Iraq “to watch” Iran, and President Biden has already shown himself similarly willing to engage in proxy conflict with Iran in Iraq and neighboring Syria.

This is exactly the wrong calculation. Maintaining a U.S. military presence in Iraq (and elsewhere in the Middle East, not least Afghanistan) means constant vulnerability to escalation with Iran, and it complicates Biden’s purported diplomatic goals instead of easing his path to them. “Troops in Iraq and Syria serve as a tripwire, perhaps by design, that can derail attempts at diplomacy at unpredictable times,” observes Defense Priorities fellow Richard Hanania. “Even if President Biden and his top officials are able to avoid any major confrontations that escalate to all-out war … a future administration that wants to undo diplomatic gains will have a ready excuse to do so.”

Prolonging the war in Iraq is also a bad idea in its own right: It’s a “forever war” of the sort Biden pledged to end. It has no plausible path to any resolution that might fairly be dubbed “victory.” It does not make Americans safer and indicates no capability of imposing stability or democracy in Iraq. It has inflicted obscene suffering on the Iraqi people—particularly the Christian minority—and undermined regional security instead of enhancing it.