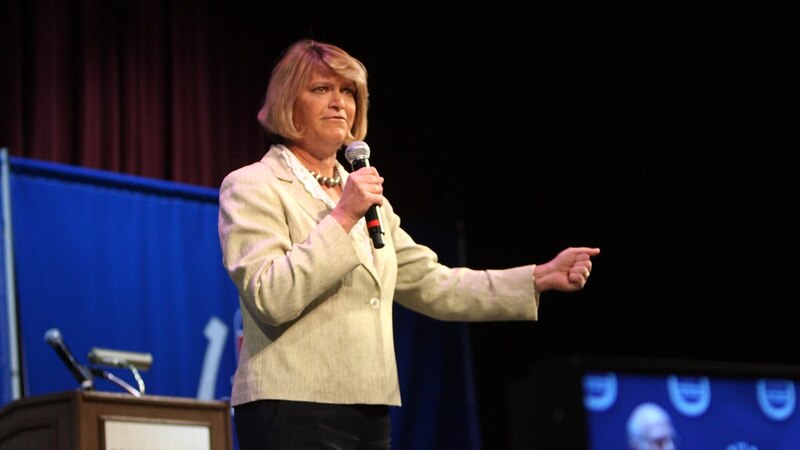 A self-described “libertarian-leaning Republican,” Ms. [Cynthia] Lummis — whose last name rhymes with hummus — is the first woman to represent Wyoming in the Senate. She is also the first member of the ultraconservative House Freedom Caucus to win a seat in the chamber.

Ms. Lummis jumped into the race early and landed key endorsements, including from Mr. Barrasso, but there was speculation that Representative Liz Cheney, a daughter of former Vice President Dick Cheney, might run, making her the potential front-runner.

Senator Rand Paul, Republican of Kentucky and an ally of Ms. Lummis whom she had supported for president, began contacting the news media in Wyoming to champion her, working to nudge Ms. Cheney out of the race.

Ms. Lummis “represents a less-interventionist foreign policy and a small-government, less-regulation, lower-tax conservative wing of the party,” Mr. Paul, who has feuded with both Cheneys over considerable differences on national security, said recently.

Mr. Paul said he became involved in very few House and Senate races this cycle, but believed Ms. Lummis would be among the few in his party who would join him in the Senate in voting to end the war in Afghanistan.

Ms. Cheney opted not to run, sparing Ms. Lummis what Mr. Paul predicted would have been a bitter battle.

“Libertarian-leaning folks around the country were going to go all-in for Cynthia, because they saw Liz Cheney as the antithesis of everything we believe in,” he said.

Ms. Lummis lamented what she said is the Republican Party’s shift from libertarianism, but said she would try to push her colleagues in that direction.