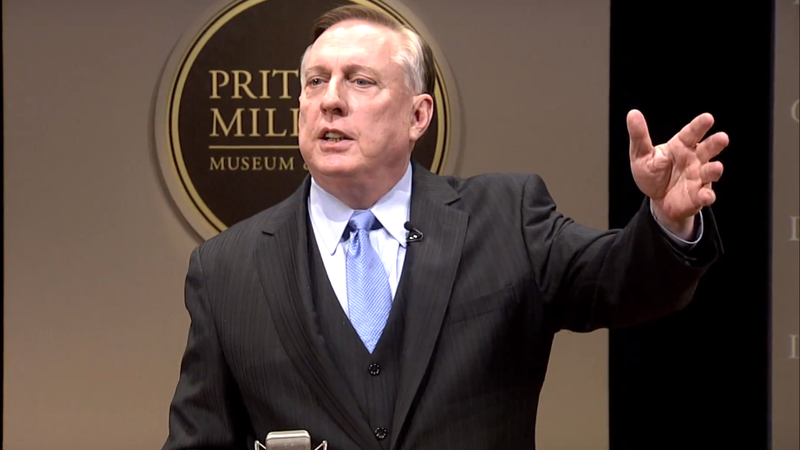 The White House should feel reassured, however, since very few Americans have challenged the Biden administration’s monopoly of control over the machinery of government in any meaningful way. But doubts clearly linger. The National Guard presence and the barriers of concrete, steel and barbed wire that surround the Capitol building are still a metaphor for an administration that lives in a psychological state of siege, anger, and unease.

In April of this year, the Biden administration appointed Bishop Garrison to be the senior advisor to the Secretary of Defense for diversity and inclusion. In this role, Garrison, a 2002 graduate of the U.S. Military Academy, heads the Defense Department’s new “Countering Extremism” working group. Other than his virulent hatred for anyone who supported President Donald Trump, and his advocacy for Critical Race Theory, not much is known about him.

Whether Garrison’s arrival signals the implementation of a new system inside the U.S. Armed Forces tasked with the responsibility to identify alleged extremists for removal is unclear. Much depends on how the Biden administration and officials like Garrison define their missions, but it would not be a stretch to imagine such a development. It has happened before.

In the aftermath of the Bolshevik seizure of power in Russia, Communist Party officials called commissars were installed throughout the military to ensure the loyalty and obedience of the officer corps to the orders and directives of Lenin and the new Bolshevik state. The commissar’s duty as explained by Leon Trotsky, the chairman of the Revolutionary Committee, was to “prevent army institutions from becoming nests of conspiracy.” If Russian officers failed to obey orders, the commissars could execute the offending officers and ensure their families would also be executed—a policy Stalin used during the Second World War to compel both officers and soldiers to fight the Germans.

At first glance, concerns that a system on the Soviet model would embed itself in the armed forces seem overwrought. For instance, the notion that anyone could treat tattoos as evidence for extremism is absurd. Thirty-six percent of the U.S. Armed Forces have tattoos. But perhaps the Biden administration thinks tattoos are significant given that the majority of those in uniform with tattoos are white men and women?

The point is, a woke witch hunt will have an impact. It will implant the fear in service members that they could easily lose a career or a pension for expressing an opinion that diverges from the Biden administration’s ideology. As one serving officer quietly put it, “the fear of being censored for simply loving your country is one thing. Wondering when the knock on the door is coming or to what extent officers and soldiers are being monitored is another.”

If compelled to internalize the Biden administration’s transformational ideology, the U.S. Armed Forces will cease to be a national military establishment. And it is this emphasis on denationalization that leads many Americans to privately harbor the suspicion that the real goal of the Biden administration is to turn the American military into the armed wing of the left or the Democratic Party.