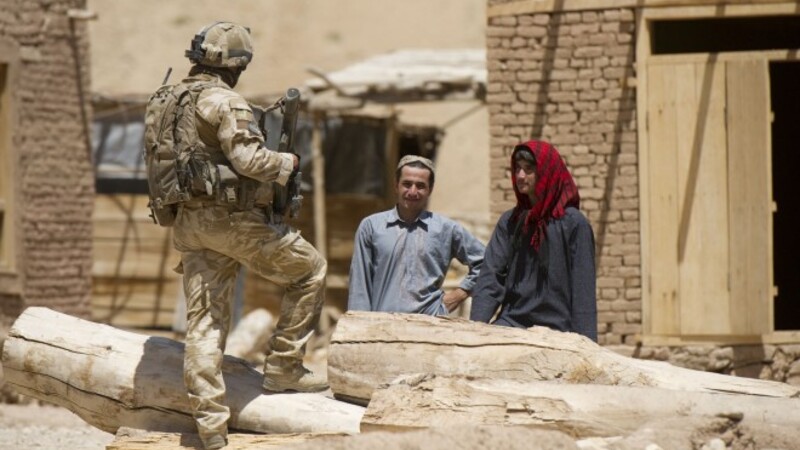 It’s easy to forget, but the United States by the end of 2001 thought it had won in Afghanistan. The CIA had undertaken an unofficial policy of war against Osama bin Laden back in 1998, and after 9/11, their agents were able to draw upon that planning to move quickly against Al Qaeda and the Taliban. The bombing began in October; Northern Alliance fighters were inside Kabul by mid-November. Osama bin Laden fled, possibly to Tora Bora and eventually to Pakistan. A new age was declared in Central Asia.

So rapid was the Taliban’s defeat that it threw some antiwar sorts off balance. The mood at the time was best summed up by Christopher Hitchens, who wrote a piece for The Guardian called “Ha ha ha to the pacifists.” Hitchens crowed, “It was obvious from the very start that the United States had no alternative but to do what it has done. It was also obvious that defeat was impossible. The Taliban will soon be history.”

Today, we might ask how much longer history is supposed to take. Make a running chronological leap over the invasion of Afghanistan, past Iraq, Libya, Syria, Yemen, above Arab Spring revolutions come and gone, landing and skidding into the present day, and you find the Taliban not only not defeated but in their strongest position in 20 years. The group now claims to control 70 percent of Afghanistan’s territory; a more cautious estimate by an Afghan news service puts it at 52 percent. Taliban fighters have seized highways and supply lines into Kabul. They’ve been inching towards the vital city of Kandahar.

All this during the Afghan winter, when frigid temperatures make fighting prohibitive; come springtime, observers expect the situation to only get worse. We are confronted now by what once would have seemed an unthinkable, even unpatriotic possibility: The Taliban could win in Afghanistan. After two decades of war, the United States could end up back where it started.

The prospect of a resurgent Taliban has prompted some to argue that America should stop withdrawing troops. Under the peace deal ratified at the end of Donald Trump’s presidency, the remaining 2,500 U.S. forces in Afghanistan are supposed to be out by May 1, though this was also contingent on the Taliban halting their offensive, which hasn’t happened. Still, it’s not like anything else we’ve tried has worked either, starting with Barack Obama’s troop surge in 2009. No amount of boots or dollars or willpower has achieved more than a lull in the violence. Yet we refuse to acknowledge as much. A congressional study group recently took a hard look at Afghanistan and came away with this groundbreaking conclusion: We should draw down only after security has improved. That, of course, is what we always say we’re going to do, only for that better security to remain elusive.

The situation in Afghanistan also includes the Afghans themselves, whose country has been plagued by corruption we can’t manage, opium we can’t interdict, defiance we can’t quell. And it includes American leaders, who knew the war had stalled and covered it up, as the Washington Post revealed in the so-called Afghanistan Papers. The picture that comes into focus is not of a missed opportunity or a needed correction, but a mission made impossible by forces too large for us to control. Ex post facto declarations like, “we could have done more to fight Afghan corruption,” run smack into a simple question, “how?” Initial victory against the Taliban was always possible, even easy; engineering an Afghanistan able to resist that same Taliban in the long term was not.

That isn’t to say the Afghan war alone drove our decline. But it does stand as a relic of a past age, a manifestation of a folly that left us weaker than we were before. After all this time, after all this blood, there is only one thing left to do: Bring the troops home.