How the Military-Industrial Complex Robs You 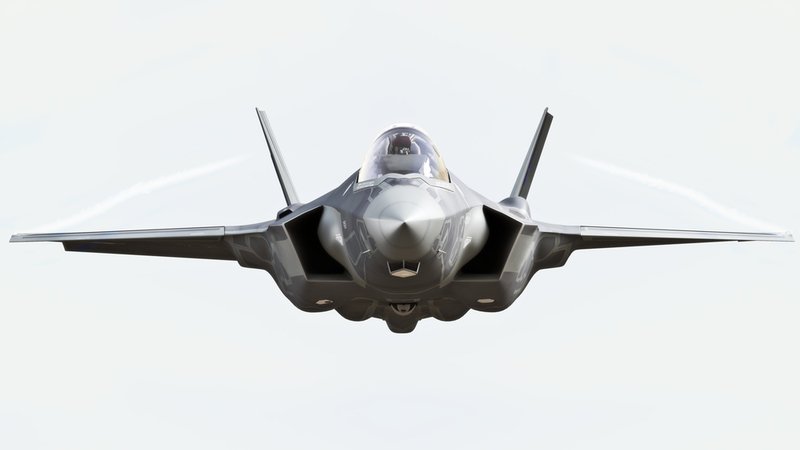 It’s official: The F-35 Joint Strike Fighter is a “rathole” of taxpayer money, something defense experts already knew — at least those without dubious ties to the military industrial blob. Now the House Armed Services Committee chairman has joined the ranks of the outraged, saying that when he thinks about the F-35, he thinks about “failure on a massive freaking scale.”

The F-35 is an allegory for everything that’s broken in our Department of Defense, which receives more money than the rest of the federal interagency, combined. In fact, we spend more on our armed forces than the next 10 biggest militaries in the world, combined. What are we getting for our tax dollars? Unfortunately, the F-35.

Budgets are moral documents because they do not lie. The F-35 is the most expensive weapon in history, with a projected lifetime cost of $1.7 trillion. That’s more than Russia’s GDP, all spent on a single-seat plane. In fact, if this aircraft were a country, its GDP would rank 11th in the world, ahead of Saudi Arabia. Buying one costs around $110 million a copy, nearly double the price of a Boeing 737-600 airliner. F-35s are also expensive to fly. Each hour in the air costs $44,000, more than twice the cost of the F-15 Eagle, F-16 Fighting Falcon and F/A-18 Super Hornet.

Astonishingly, the F-35 cannot dogfight, the crux of any fighter jet. According to test pilots, the F-35 is “substantially inferior” to the 40-year-old F-15 fighter jet in mock air battles. The F-35 could not turn or climb fast enough to hit an enemy plane or dodge enemy gunfire. Similarly, the F-35 struggled to get a clean shot at a 1980s-vintage F-16. The older aircraft easily maneuvered behind the F-35 for a clear shot, even sneaking up on the “stealth” jet. Despite the F-35s vaunted abilities, it was blown out of the sky in multiple tests.

As a war machine, the F-35 is already obsolete junk. The measure of any weapon’s value is its utility. The United States has been at war continuously since Sept. 11, 2001, yet the F-35 has flown zero combat missions. Zero. When I was a paratrooper in the 82nd Airborne, we would say: “That dog don’t hunt.” Perhaps sensitive to the F-35’s disgraceful war record, in 2018 the Pentagon sent a few on missions in Afghanistan and Iraq to notch up combat cred. Never mind that their help comes 15 years too late; the super-expensive F-35 was not designed to take out a weapons cache or a terrorist on a moped. Also, as any grunt will tell you, it’s not “combat” if the enemy can’t shoot back. If engine failure is the biggest threat to survival, then the F-35 might as well be flying over Kansas. Nor is this super-weapon deterring Russian, Chinese or Iranian expansionism.

Given all the headaches, the Air Force is quietly considering alternatives to the $1.7 trillion flying lemon. But it’s time to think bigger. There has not been a strategic dogfight since the Korean War, so why are more fighter jets needed — especially manned ones? We already possess the best Air Force — and military — in the world. We have enjoyed combat overmatch against all our enemies for 70 years, yet we have not won a major war since 1945. If we are honest, something is wrong with our strategic IQ, and it’s not something the F-35 can fix.