Endless War Has Made Our Soldiers Lose Faith 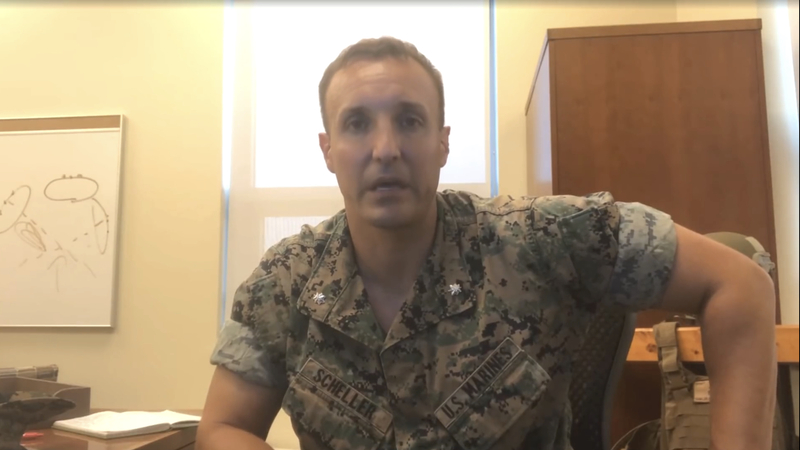 Last Friday, U.S. Marine Lt. Col. Stuart Scheller filmed a viral Facebook video in reaction to the suicide bombing at Kabul airport that killed 13 U.S. service members. “People are upset because their senior leaders let them down and none of them are raising their hands and accepting accountability saying, ‘We messed this up,’” Scheller said, accusing the secretary of defense, Joint Chiefs of Staff, and other top brass of “not holding up their end of the bargain.” Scheller was relieved of command that same day and has since announced his intention to resign from the Marine Corps.

His disillusionment is not isolated. Last weekend, I spoke with a born-and-bred Pennsylvanian and active-duty U.S. Army soldier who expressed similar disappointment in our military leadership. He prefers to stay anonymous to protect himself against the type of retribution faced by Scheller.

“I’m not mad about us pulling out of Afghanistan,” he said, having served in-country as a rifle squad team leader. “The frustrating thing for me is the fact that these senior leaders, I would say brigade level and up, are so disconnected from their formations that they thought that this [nation-building] was gonna work.” He added: “They thought that the Afghans would actually adopt a democracy. Their military would be able to fight off the Taliban, and everything would be great.”

The average enlistee, interacting on the ground with Afghan army recruits and fearing the infamous green-on-blue attacks—when those recruits turn their rifles on their trainers—were under no such fantasy. “You ask any grunt that has been on the ground in Afghanistan, ‘Do you feel the Afghan army was at any point or would be capable of effectively protecting their country?’ They’re going to tell you no.”

The soldier, who had previously served a tour in Iraq as well, placed blame on both the system and the men operating it. First is the insular nature of a command post. “These higher-up leaders, these generals, they only get their information through third parties,” he said. “You wouldn’t really see too many generals actually walking around, actually seeing what is going on.”

To adopt a phrase used by former Secretary of Defense Robert Gates, maybe it’s the strategists who are seeing the conduct of the war “through a soda straw.”

But even when policymakers and advisers get accurate information about the war’s progress (or lack thereof), their incentive is to sugarcoat it. “The way the army does its wording, the way they do everything, they don’t like to sound negative [if] there’s some kind of reprisal that’s going to come from it,” the soldier explained. “So, they word things so that it sounds better. It briefs well.”

In 2019, the Washington Post published the Afghanistan Papers, made up of leaked internal interviews featuring high-ranking military and government officials. The documents exposed an explicit and sustained effort to manipulate numbers, fabricate an optimistic narrative, and deceive Americans about the war effort.

“We didn’t have the foggiest notion of what we were undertaking,” Lt. Gen. Douglas Lute said about Afghanistan in one Post interview, contradicting the positive assessment he regularly doled out to the public. Lute, senior adviser on the wars in Iraq and Afghanistan under Presidents George W. Bush and Barack Obama, was willing to be candid behind closed doors, but not to voters—and certainly not to the men and women under his command.

Should anyone be surprised when this multi-decade deception erodes trust in our institutions?

This crisis of confidence, especially among soldiers, shouldn’t be ignored. The men and women tasked to defend our nation must reckon with defeat in a war about which they were never given an honest assessment. How many, like Scheller, are willing to walk away from their careers and pensions over it? How many, like the soldier I spoke to, are willing to continue their service but with pessimism toward their mission and a sardonic attitude toward the people deploying them?

This is the inevitable side effect of fighting multiple wars with impossible conditions for military victory. The only solution remains a drastic reassessment of U.S. foreign policy interests, including abandoning nation-building overseas and resolving to send our men and women in uniform to fight only in defense of our rights and liberties, and only in wars formally declared by Congress.

Read the rest of this article at RealClearPolitics