Bring Our Troops Home—and Trainers, and Contractors, and Special Forces Too 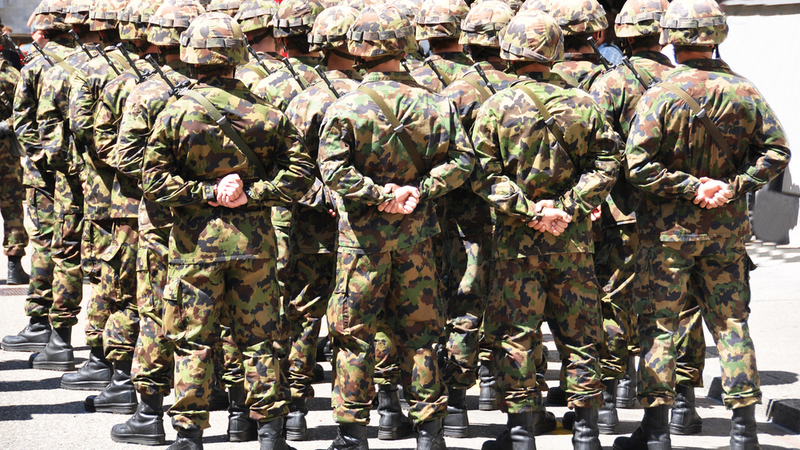 A peace agreement with the Taliban and a May 1 deadline for American withdrawal of troops. A new pledge by President Biden to end the war. A Congressional step toward revoking the 20-year-old consent to use military force in Iraq. Talk, even, of rescinding the post-9/11 authorization to pursue Al-Qaeda. You might think America’s forever wars are finally coming to an end. They’re not—because everything we’ve learned from the past two decades at war has made it more difficult to actually end the wars.

Though the new administration seems intent on ending America’s oldest war and there is growing fatigue over endless wars in the Middle East, and though the Pentagon is scrambling to refocus resources and attention away from counterterrorism to big war pursuits against the likes of Russia and China, war isn’t going to actually end. That’s because there is something about the way the United States fights—about how it has learned to fight in Afghanistan and on other 21st-century battlefields—that facilitates endless war.

Take Afghanistan, for example. President Biden now says that the last remaining 2,500 “troops” in country will be withdrawn by the end of the year. And indeed, the last of the regular Army and Marine Corps units will come home. But these are not the only soldiers in the country, and the fighting—even on the ground—has shifted away from infantry to clandestine special operations and CIA paramilitaries. They exist uncounted, hidden behind a veil of secrecy and ignored in public tallies.

Fighting alongside them are others, also not troops. “Trainers” and technicians help Afghans to operate the billions’ worth of equipment we’ve provided. The semi-combat elements of other agencies—the DEA and State Department, even the FBI—fight alongside them too, battling drugs, human trafficking and even corruption.

And then there are private contractors, who have become more and more intrinsic to everything military, even frontline operations. In Afghanistan, civilian contractors outnumber soldiers 7 to 1, and these non-soldier soldiers increasingly take on more and more direct military tasks. In fact, 54 different defense companies are right now advertising job openings in Afghanistan, looking for technicians to do everything from intelligence analysis and terrorist targeting to air conditioning repair.

In our topsy-turvy world, the United States today is killing or bombing in perhaps 10 different countries. Some we know for sure: Afghanistan, Iraq, Syria, Pakistan, Somalia, Yemen. Some occasionally are acknowledged—Libya, Niger, Mali and Uganda. Others are more obscure—Burkina Faso, Cameroon, Chad, Lebanon, Nigeria. And still others—the Philippines, Central African Republic, Ethiopia, Eritrea, Kenya, Thailand—are alluded to in fleeting news reports or hinted at in military deployments and supposed war games with host nation forces.

Beyond these 21 countries, American special operations forces are routinely present in some 70 additional countries, sometimes with partners and sometimes operating unilaterally, sometimes fighting against terror, and sometimes “fighting” against the endless forces of transnational organized crime, and sometimes even just collecting intelligence information and “preparing the battlefield” for future operations.

Still, in 20 years of fighting, there have been almost 11,000 American deaths (including contractors) and more than 53,000 American have been physically broken, while countless others suffer from traumatic brain injuries and other post-traumatic disorders. The monetary cost to the American taxpayer is as much as $6.5 trillion, more than the defense budget of all the other nations combined, over six years of spending. It’s twice the cost of annual health care for all Americans. It’s 10 times the annual budget of the entire American public school system.

It’s clear that “ending” war in Afghanistan is not based upon the achievement of peace or stability, is not the result of the defeat of Al-Qaeda or the Taliban and comes amidst dynamic growth of the local affiliate of the Islamic State. For the future, continued fighting—even if it takes place under a new guise and hidden from view—will itself be stimuli for America’s many enemies, who multiply and spread, thus ensuring perpetual war.