Americans Care Too Much About Their Soldier’s Lives, Complains Robert Kagan 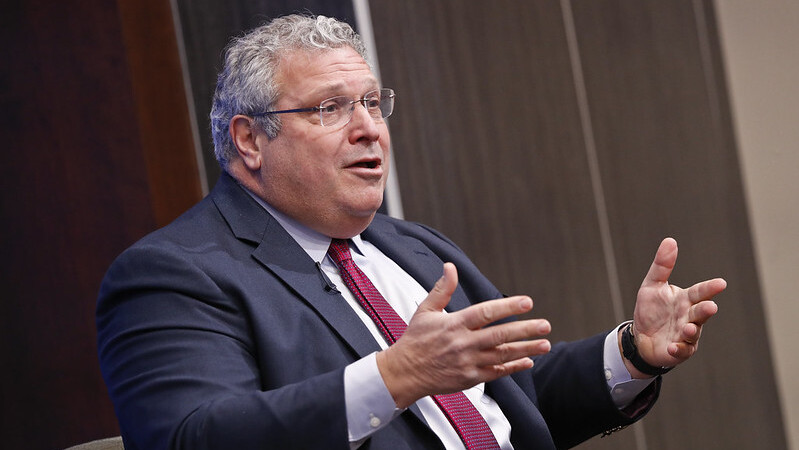 “All great powers” want to rule the world, declared Robert Kagan, propagandist for America as imperial power, democratic hegemon, aggressive unipower, and perpetual war machine. However, they typically fail. Wrote Kagan in a new Foreign Affairs article: “Much of the drama of the past century resulted from great powers whose aspirations exceeded their capacity.”

The U.S. has a different problem, he contended. The American people. Rather than realize their unique calling to sacrifice themselves and obey their betters when instructed to patrol the globe, they continued to look inward.

They failed to realize that their destiny is to impose order upon independent and subservient, judge innocent and guilty, wage war upon great and small, and, yes, kill anyone who and destroy anything which gets in the way of fulfilling this sacred duty. Instead of focusing on the wishes of Washington, D.C., the world’s imperial city, and rising to the greatness expected of them by supporting the aggrandizements of a globally dominant America, they focused on the local and personal – their careers and educations, their communities and towns, their clubs and associations, and their families and friends.

Yes, he admitted, “they have met the challenges of Nazism and Japanese imperialism, Soviet communism, and radical Islamist terrorism.” However, they saw these efforts as “exceptional responses to exceptional circumstances. They do not see themselves as the primary defender of a certain kind of world order; they have never embraced that ‘indispensable’ role.”

Such a revelation could shock only a certified ivory tower warrior, who believes that his comparative advantage in life is coming up with wars for patriotic young men and women across the country to fight. Not to defend America. But to create and preserve “a liberal world order” designed by the foreign policy equivalent of a priestly class, of which Kagan must be at least an archbishop or cardinal. It would be tempting to dismiss such arguments as the ravings of an accomplished, even celebrated policy entrepreneur. However, top officials have picked up these arguments, making them central to dealing with the rest of the world.

Consider the egregious Madeleine Albright, former UN ambassador and secretary of state, author of multiple books and articles, member of endless commissions and panels, and all-around Washington paladin. She has become an apt if unusually celebrated representative of the foreign policy establishment. Preemptively channeling Robert Kagan more than two decades ago, she declared: “If we have to use force, it is because we are America: we are the indispensable nation. We stand tall and we see further than other countries into the future, and we see the danger here to all of us.”

Being all-knowing and all-seeing naturally gives the US the right to impose its will on the rest of the world irrespective of the cost to others. As Albright explained, when asked about the humanitarian toll from sanctions on Iraq: “I think this is a very hard choice, but the price – we think the price is worth it.” It is only appropriate that those who peer through the glass darkly get to decide that the death of hundreds of thousands of other people is a necessary if unfortunate consequence of achieving the wonderful future planned by Washington. Indeed, those sacrificed should feel honored that America chose them to lead the way to Valhalla, or its modern equivalent.

Certainly, there should be no hesitation at enforcing America’s will as expressed by those looking ahead to chart America’s course. As Albright put it to Colin Powell, then the chairman of the Joint Chiefs of Staff, “What’s the use of having this superb military you’re always talking about if we can’t use it?” There is a grand global chess game to play and someone must fulfill the role of gambit pawns. In this case members of the armed forces.

Of course, after two decades filled with Middle Eastern debacles, Albright’s claims of foresightedness and moral certitude look ever more ludicrous. And Kagan does not try to deny reality. Americans have not played their designated role particularly well: “Their continental view of the world has produced a century of wild oscillations – indifference followed by panic, mobilization and intervention followed by retreat and retrenchment.”

In short, the nation’s international disasters are all the American people’s fault. Washington is filled with perceptive, sagacious, even visionary analysts like Kagan and courageous, outspoken, and determined public servants like Albright. They want to save the world – and perhaps the universe beyond. Unfortunately, Americans have failed them and the rest of the Blob.

Kagan criticized Americans’ “intolerance for the messy and unending business of preserving a general peace and acting to forestall threats. In both cases, Americans had one foot out the door the moment they entered, which hampered their ability to gain control of difficult situations. This on-again, off-again approach has confused and misled allies and adversaries, often to the point of spurring conflicts that could have been avoided by a clear and steady application of American power and influence.”

Foolish people. They should be enthusiastically sacrificing their earnings and even lives to save the world at Kagan’s direction. Instead, they are acting like citizens in a republic and deciding on their own fate. Focused on themselves, those around them, their community, and their nation. How ludicrously myopic! How terribly selfish! Where is conscription when we need it?

However, Kagan, never one to abandon trying to get Americans to follow his Siren song of perpetual war, wrote hopefully: “If the twenty-first century is not to follow the same pattern – most dangerously, in the competition with China – then Americans will need to stop looking for the exits and accept the role that fate and their own power have thrust upon them. Perhaps after four years of President Donald Trump, Americans are ready for some straight talk.”

Robert Kagan’s message to Americans: Prepare to die. It is your destiny. But don’t worry, be happy!