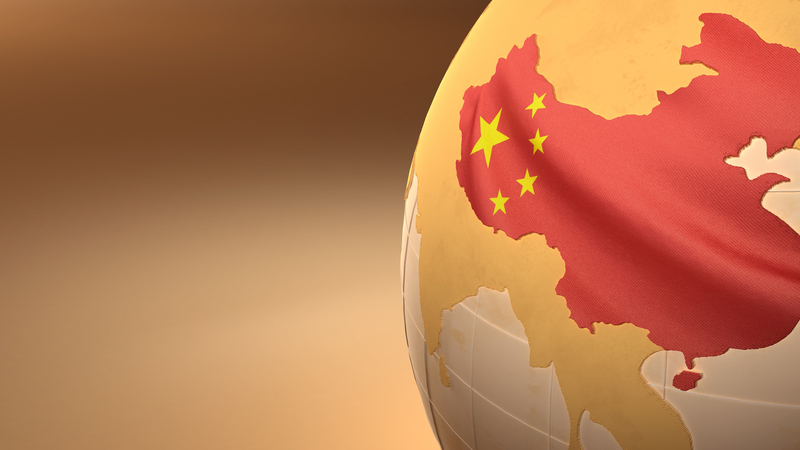 The U.S. is leaving Afghanistan – finally, after two decades. The result is not likely to be pretty. Government soldiers are surrendering. Taliban forces are advancing. Kabul officials are panicking. The Biden administration is desperately trying to slow the regime’s incipient collapse with resumed airstrikes.

Particularly notable has been Beijing’s increasing role. The Chinese are “certainly feeling nervous,” argued Barnett R. Rubin of the New York University’s Center on International Cooperation. That nation’s expectations, publicly expressed, anyway, are as fantastic as the claims routinely made by American military commanders about their progress in Afghanistan. Foreign Minister Wang Yi explained: “China’s expectations for the future of Afghanistan: a country that has a broad-based and inclusive political arrangement, pursues a sound Muslim policy, resolutely strikes down on all forms of terrorism and extremist ideologies, and commits to friendly relations with all neighboring countries.” That’s all?! Of course, he said, Beijing would promote achievement of these objectives.

Alas, Afghanistan appears to be moving in a very different direction. Wang traveled to the region after proclaiming the necessity “to maintain stability and prevent war and chaos.” He complained that America’s withdrawal was “hasty” – no doubt, the People’s Republic of China along with Washington’s “Blob” would have preferred the U.S. to stay another two decades – and it was Washington’s obligation to “prevent Afghanistan becoming once again a haven for terrorists.” Indeed, he contended, the U.S. “should be responsible for making sure the transition in the country will be stable. The U.S. cannot evade responsibility, and cannot cause instability or war by withdrawing troops.”

One can imagine the funereal atmosphere at the politburo meeting after Biden announced his intention to leave Afghanistan, and an intense discussion of how to keep the U.S. entangled in the costly yet fruitless endless war. Beijing’s pleasure at Washington’s tendency to engage in such self-destructive behavior joined with the former’s gratitude at the US attempting to stabilize a nation close and important to China. The Biden administration’s decision to leave Afghanistan is obviously a blow to Beijing.

A Taliban representative in Qatar sought to assuage the PRC’s concerns, explaining: the group will not allow “anyone or any group to use Afghan soil against China or any other countries.” Beijing will have to hold the Taliban to account. The Chinese hope to do so short of war, of course. Fan Hongda of Shanghai International Studies University, observed: “China does not want to take over the US role, but hopes to facilitate regional peace and stability because it has interests in the region.”

U.S. officials worry about the kind of influence that other nations might wield. David Helvey, an acting Assistant Secretary of Defense for Indo-Pacific Affairs, told Congress “That China’s influence could be used to undermine stability, instead of reinforce stability or support stability.” He added: “Iran will likely seek to exercise influence in negative ways in Afghanistan.

More concretely, Mark Green of CSIS and Gabriel Scheinmann of the Alexander Hamilton Society posited that “a People’s Liberation Army Air Force presence will supplant the U.S. and NATO presence at Bagram as a desperate Afghan government seeks help to fill the vacuum left by the United States.” Yet increased Chinese influence in Central Asia would come as no surprise and pose little threat to America, which cannot plausibly dominate everywhere on earth forever.

Nor is such lodgment certain or even likely: the Taliban, isn’t inclined to invite in foreign military forces, and the Kabul government, which today can’t field a force made up of its own people willing to fight for it, needs another country to provide security, not fill Bagram for use elsewhere. And it is difficult to imagine Beijing wanting to get more deeply involved commercially in a country at war with the government in risk of defeat. The People’s Republic of China recently evacuated 210 nationals involved in mining and other projects, thought to be at risk in Taliban advances. A permanent military presence would also create tension with Russia, which looks at the area as its own sphere of influence. Notably, Beijing’s reaction to the U.S. decision has been disappointment, not glee at the opportunity to expand its influence at American expense.

The Taliban described China as a “welcome friend” and advocated talks on reconstruction “as soon as possible.” Indeed, rumors abound of secret PRC discussions with the Taliban and Pakistan about funding the latter to help the former. Beijing reportedly demanded that the Taliban separate itself from terrorist groups, while the Taliban indicated a willingness to overlook Chinese brutality toward Muslim Uighurs. Despite the seeming coincidence of interests, a Chinese partnership with the Taliban looks like a partnership made in hell. The internal tensions will race skyward if fighting continues in Afghanistan. Chinese critic Gordon Chang opined: “I would love to see China get mired into Afghanistan. This is going to be fun to watch.”

Obviously, the potentially disastrous denouement of America’s two-decade long commitment will be neither pretty nor fun. However, watching Washington’s critics, such as Beijing, being forced to deal with problems that the U.S. had unnecessarily taken on will be fun. Indeed, returning the problems of Central Asia to the residents of Central Asia is the only strategy which makes sense.