We Must Have Better Generals Than This 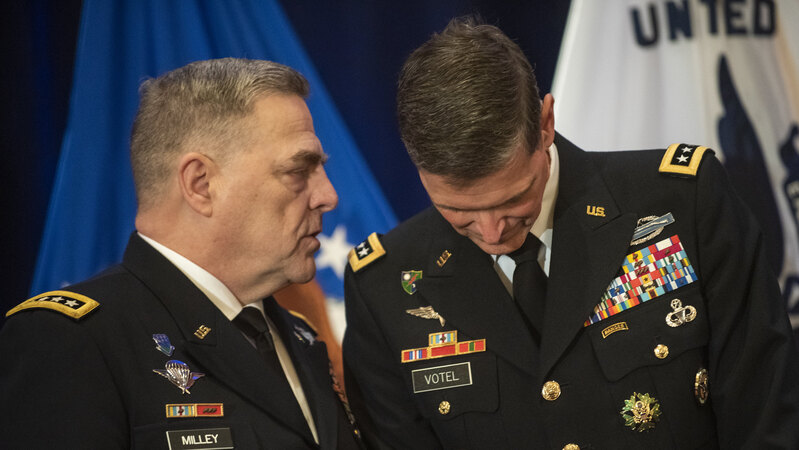 On September 1, 1939, Brigadier George C. Marshall took the oath of office as the 15th U.S. Army chief of staff, a post he held until November 1945. When the ceremony ended, General Marshall confided to his aide de camp, “There is enough dead wood in the Army’s officer corps to light several forest fires.”

In February 1943, 11,000 German troops smashed through the 30,000 soldiers of the U.S. Army’s II Corps at Kasserine Pass. The U.S. commander, Major Gen. Lloyd Fredendall, a swaggering blowhard, was relieved and sent home. It was not the last time that a cigar-chewing imitation of a real general would fail in action against the German onslaught, but the experience strengthened Marshall’s intolerance of general officer failure in action.

Unfortunately, the practice of tolerating mediocre officers with friends and sponsors in the four star ranks persists today.

Today, the task of finding senior military leaders with character, competence and intelligence is immeasurably harder than it was in Marshall’s day. Under the Bush and Obama administrations, the American media’s adulation for four stars transformed general officers such as Petraeus, McChrystal, Mattis, Allen, and Austin into instant celebrities.

Four stars now automatically become part of a mutual general officer admiration society, that cheers even mediocre performance in general officers chosen for high command, because, like “made men” in the Mafia, senior leaders agree not to turn on their peers. Eliminating failed general officers, even when failure is found out the hard way in action, is deemed dangerous to a promotion system based on nepotism that presents itself as infallible.

Political leaders are of no help. Almost no one in the Senate asked relevant questions of nominees for four stars after 9/11—questions like: Is this mission really achievable? Will the proposed operations have a decisive impact and accomplish the mission? What do Americans gain if this the proposed operation actually works? And what do the American People lose if the mission fails? Should Americans really expect the Army and Marine Corps to impose a Western system of government on Iraq or Afghanistan? Are cultures really congruent?

Consequently for aspiring four stars, advocating the commitment of more soldiers, more cash, and more time in Afghanistan and Iraq became customary. Carrying on the failed policies of the military and political leaders who nominated them for four stars ensured that the future four stars would have a chair when the music stopped. Senators and Congressmen either could not evaluate the nominees or they were reluctant to admit that the system had gotten things wrong from the beginning.

The point is that General Mark Milley is not an isolated example. He’s the product of an environment that has existed for nearly 30 years, if not longer. Behind Mark Milley stand another two dozen four stars ready to take his job that are indistinguishable from him in their attitudes and career patterns.

Is the situation hopeless? History answers with an emphatic “No.”

After the defeat of the U.S. Army’s II Corps, General Sir Harold Alexander, Eisenhower’s British deputy, commented on Fredendall to his American allies, “I’m sure you must have better men than that.” Eisenhower agreed. Major Gen. Patton, a man who but for the outbreak of WWII would have retired as an obscure cavalry colonel, replaced Fredendall.

Will the abysmal outcome in Afghanistan, or the revelations that four stars actively conspired with President Trump’s opponents to undermine his authority, make any difference to how we select the brass? Time will solve the mystery.