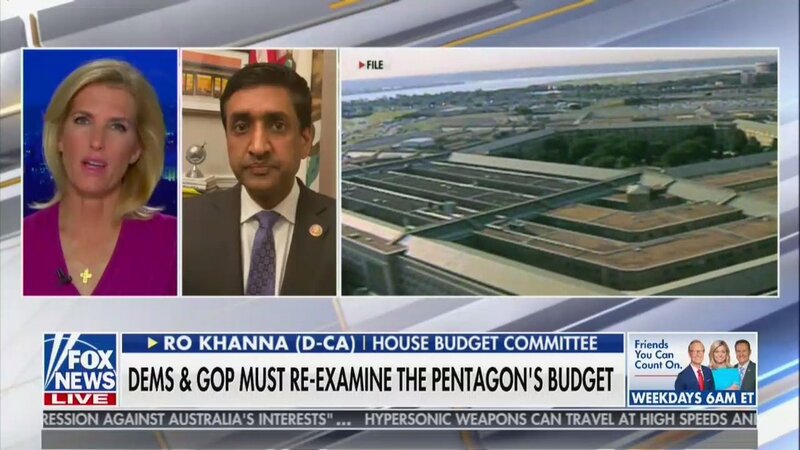 Earlier this week, Fox News host Laura Ingraham interviewed Rep. Ro Khanna (D-CA) about his advocacy for a modest restructuring of the Pentagon budget, and his concerns over Joe Biden’s cabinet selections. Rep. Khanna has walked across the aisle to publicly support President Trump’s attempts to withdraw U.S. troops from Germany and Afghanistan, and has fought the president’s escalation of the war in Yemen.

They both agreed the conversation was a demonstration of how conservatives and progressives can work together on mutual issues, especially when it comes to ending the forever wars.

The interview was heavily criticized by other Democrats, who either defended current U.S. military interventionism or who prefer a state of permanent war over a parternship with Republicans. “Progressives with integrity responded forcefully to the haters who attacked Khanna for appearing on the Angle,” Ingraham said.