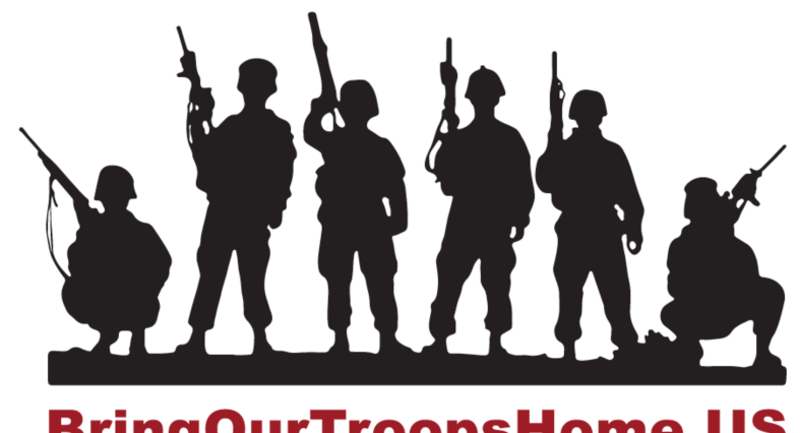 As men and women who’ve borne the burden of battle and service in Afghanistan and Iraq and elsewhere fighting other people’s civil wars, we write today to urge you – if you hope to regain the House and keep the White House this November — to remove House Republicans’ chief Chicken Hawk Liz Cheney from her leadership post in the House Republican Caucus and replace her with a Republican who supports rather than undermines our Commander-in-Chief’s commitment to keep the campaign pledges that won him the Presidency.

BringOurTroopsHome.US is a coalition of right-of-center veterans of the Afghanistan and Iraq wars who support President Trump’s efforts – strongly supported by Republicans and the American people at large, polls indicate – to withdraw U.S. troops from both nations and, finally, after two decades of war, bring our troops home.

We respectfully urge you to reject the perpetual war amendment to the National Defense Authorization Act offered by a Democrat, Rep. Jason Crow, D-Co. – and backed by the House Republicans’ chief Chicken Hawk, Liz Cheney — to block President Trump’s efforts to do so.

Rep. Cheney, who has never served our country in uniform, but who never relents in demanding that others remain in harm’s way, will ask you to follow her example by thumbing your nose at the overwhelming majority of Americans – and even larger majorities of Republicans – who are sick and tired of Cheney and the endless war caucus of both parties trying to further delay President Trump’s efforts to save our troops and taxpayers from the cost in blood and tax dollars of continuing our military’s forever service on foreign soil.

After 75 years in Europe, and two decades in Afghanistan and Iraq, the American people strongly agree that it’s time, during a worldwide pandemic, to bring our troops home to secure America’s borders and infrastructure and medical supply chain.

In April, Concerned Veterans for America released a poll which found that 73 percent of the 1,500 veterans and military families polled supported full and immediate withdrawal of all U.S. troops from Afghanistan, where I served for eighteen months in 2005-06.

In January, YouGov released a poll finding that roughly 70 percent of all Americans surveyed supported withdrawal of U.S. troops from both Afghanistan and Iraq.

Last October, Rasmussen Reports found that 58 percent of likely U.S. voters and 69 percent of Republicans agreed with President Trump’s statement that “it’s time for us to get out of these ridiculous endless wars, many of them tribal, and bring our soldiers home.”

In April 2019, Concerned Veterans for America found that 60 percent of veterans and military families supported withdrawing U.S. troops from Afghanistan – meaning support for that position grew by 13 points from April 2019 to April 2020.

Over Veterans Day in November 2019, a poll by Stars and Stripes magazine found that 84 percent of military service personnel and veterans agreed that the occupations of Afghanistan and Iraq have “been going on too long.”

That poll appears to validate a 2017 study by Boston University and the University of Minnesota, which concluded that Trump’s pledge as a candidate to end two-decade old wars in the Middle East and bring our troops home was key to his winning those three states, where researchers found “a significant and meaningful relationship between a community’s rate of military sacrifice and its support for Trump.”
As the University of Minnesota reported:

“If just three states—Pennsylvania, Wisconsin, and Michigan—had experienced moderately lower casualty rates, each might have switched from red to blue and sent Hillary Clinton to the White House,” say the authors.

After analyzing election data at both the state and county level, the study—Battlefield Casualties and Ballot Box Defeat: Did the Bush-Obama Wars Cost Clinton the White House?—finds that Trump made significant inroads in parts of the country that suffered disproportionately high casualty rates in Iraq and Afghanistan. These areas tend to be poorer, less educated and more rural parts of the country.

Among the many implications of these findings are what this means for Trump’s foreign policy.

“Trump’s electoral fate in 2020 may well rest on the administration’s approach to the human costs of war,” Shen said. “Politicians from both parties would do well to more directly recognize and address the needs of those communities whose young women and men are making the ultimate sacrifice for the country.”

“Our statistical model suggests that if three states key to Trump’s victory – Pennsylvania, Michigan, and Wisconsin – had suffered even a modestly lower casualty rate, all three could have flipped from red to blue and sent Hillary Clinton to the White House,” the study’s authors concluded. “If Trump wants to win again in 2020, his electoral fate may well rest on the administration’s approach to the human costs of war.”
Clearly, if you follow Chicken Hawk Cheney over the cliff of blocking President Trump’s effort to keep his campaign pledge, and force American troops and taxpayers to continue endlessly bleeding American lives and treasure into the sands of other people’s civil wars in the Middle East, you may squander your party’s longstanding relationship with veterans and military personnel and surrender any chance you may have of regaining control of the House of Representatives or keeping the White House in 2020. Please don’t do it.

But just rejecting Cheney’s latest sacrifice of someone else’s sons and daughters on the bloody altar of endless war should be followed by an even clearer demonstration to veterans and Republican voters of your repudiation of her incessant warmongering and undercutting of President Trump’s foreign policy.

Again, we urge you to demand Ms. Cheney’s resignation from her leadership post in the Republican Caucus, and absent her resignation, vote to remove and replace her with a Republican who will support President Trump in fulfilling the campaign pledge that the swing state study indicates may have won him the White House, and which poll after poll indicates might help keep it in Republican hands this fall.

Please chuck the Chicken Hawk, and thank you for your consideration.