The Self-Serving Careerism of Liz Cheney 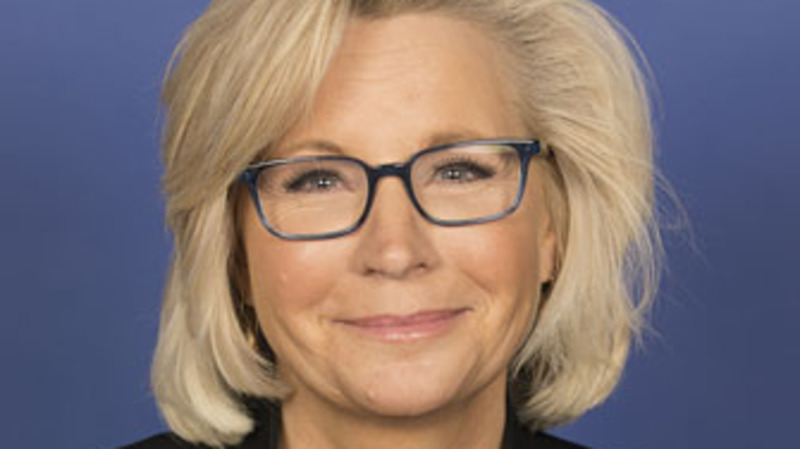 Like Republicans Mitt Romney and John Bolton before her, Representative Liz Cheney (R-Wyo.) has discovered the secret of how to transition from being a whipping boy of the Washington press corps to its paragon of rectitude: Simply side with Democrats and against the Republican majority on some issue of substance.

The rise of Cheney’s stock has been no less dramatic. Bred from two pedigreed Republicans, Dick Cheney (White House chief of staff; House minority whip; secretary of defense; vice president) and Lynne Cheney (chair of the National Endowment for the Humanities; right-wing think tank fellow; high-profile scold of video games), Liz Cheney was no pressman’s idea of a luminary. She flew with the hawks, was short-listed as a future speaker of the House or a Senate seat, and fought her way through the ranks to become the third-ranking House Republican. “Staunch” was one of her two middle names when the press profiled her. The other was “conservative.” The Spectator‘s Jack Hunter treated her fairly in a link-happy piece that listed off her, shall we say, extremely neoconservative positions on war, torture, drone strikes, black sites, the Patriot Act, Gitmo and mass surveillance.

Just listen to the ridiculous lionizing. “Liz Cheney’s Profile in Courage” said the headline of an April 28 Charlie Sykes piece in the Bulwark. “She Kind of Reminds You of Margaret Thatcher,” one Republican member of Congress told POLITICO’s Alex Thompson late last year. “How Liz Cheney Became the Conscience of Republicans,” CNN’s Chris Cillizza wrote in mid-January. “Did Liz Cheney Risk Everything to Impeach Trump?” Cillizza asked later that month. “Liz Cheney Praised for Impeachment ‘Courage’ but Risks Pro-Trump Ire,” the Financial Times, late January. “Liz Cheney Speaks Out After Failed GOP Effort to Oust Her from Leadership for Impeachment Vote,” People, February. “Liz Cheney is a hero for standing up for the truth,” insisted Representative Jamie Raskin (D-Md.), during impeachment proceedings. And so on.

The current fuss over Cheney tells us less about her political “growth” or “change” or “courage” than it does about the press corps’ need for a changing story and the need for politicians to differentiate themselves. Political ambition can be consummated in a number of ways. One can support the leadership and wait to be called on, which is a pretty dull story. Or one can oppose the bosses and attempt to topple them, a story that writes itself and attracts readers.

Cheney, who has more in common politically with the Republicans who have been knocking her than she does with the people who have been praising her, obviously decided to do a little bit of both—rise inside the Republican establishment while also working to distinguish herself from Trump. The impeachment saga presented her with not so much a test of courage but a fork in her career. Go down with Trump or ride his political corpse to glory? Some time ago she decided to saddle the old bull. While Trump might be bucking more than Cheney anticipated, the wild ride is burnishing her image the way John McCain’s defiance of Trump did his. The field is overstocked with Trump clones—Ted Cruz, Josh Hawley, Ron DeSantis, Kristi Noem, Mike Pompeo, Nikki Haley, Tom Cotton, et al. Having studied politics for decades under her mother and father, Cheney has surely gamed this out. You can call her courageous all you want and express your astonishment at her opposition to Trump. But there is more calculation on display here than there is valor.

Read the rest of this article at Politico