The Neocons vs. America First 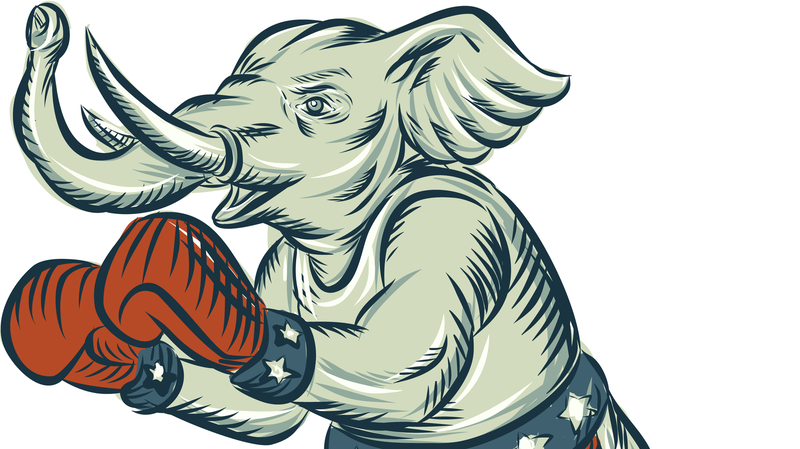 The fight on the right for what constitutes a conservative or Republican foreign policy continues. This time the battlefront is Russia and Ukraine.

That there is a fissure on this issue among conservatives is in a way, a big deal, showing that the “America First” restraint approach that garnered support among the base didn’t go away completely when power changed hands in Washington and its chief advocate, Donald Trump, left town. Unfortunately, many Republicans have gone back to form and are talking like it’s the post 9/11-era — as if Trump’s criticisms of George W. Bush’s wars and nation-building had no effect on their party whatsoever.

First up, habitually hawkish GOP Congressman Dan Crenshaw recently told Fox News that “there needs to be clear consequences for what (Russia does) because we’ve failed to deter and now you’re inviting conflict.”

Sounding like a Bush-Cheney-era neoconservative, Crenshaw added, “It’s a very bad situation and we’ve left ourselves without many options as a result.”

One doesn’t have to ponder long about what Crenshaw thinks of the military option.

What kind of “deterrence” does McCaul want to see?

Republican Senator Joni Ernst also joined the hawks, telling CNN, “When it comes to pushing back against Russia, we need to show strength and not be in a position of doctrine of appeasement, which seems to be how President Biden has worked his administration.”

Popular Fox News personality Tucker Carlson apparently had enough of such talk, and cited both Crenshaw and McCaul’s interviews in his opening monologue last week and Ernst’s on Monday night. Carlson warned his viewers that the U.S. was being pushed toward a new war by the usual self-interested suspects, which included politicians, the media, and the defense industry:

“Those are our leaders, totally ignorant, just reading the script. It’d be nice to hear someone in the press corps, because it’s their job, ask the obvious follow up, which would be: Why exactly, Sen. Ernst, do you believe it’s so vital to send more lethal aid to Ukraine and to “go ahead and impose” more sanctions on Russia? Why? How would she answer that question?”

“We’ll never know how she’d answer, because no one in the media would ever ask her.”

In last week’s monologue he cited prominent Democrats like Rep. Adam Schiff saying basically the same thing as Crenshaw and McCaul on Ukraine. “Oh, they’re all red in the face, but it’s not the usual partisan chorus. This is the entire choir. You just saw representatives from every faction in Washington, from Adam Schiff to Dan Crenshaw, not as different as they seem, and all the dummies in between. And all of them are promoting war against Russia on behalf of our new and deeply beloved ally, the government of Ukraine,” he mocked.

This week, suddenly more conservatives and Republicans began speaking out against the prospect of U.S. military action in the region.