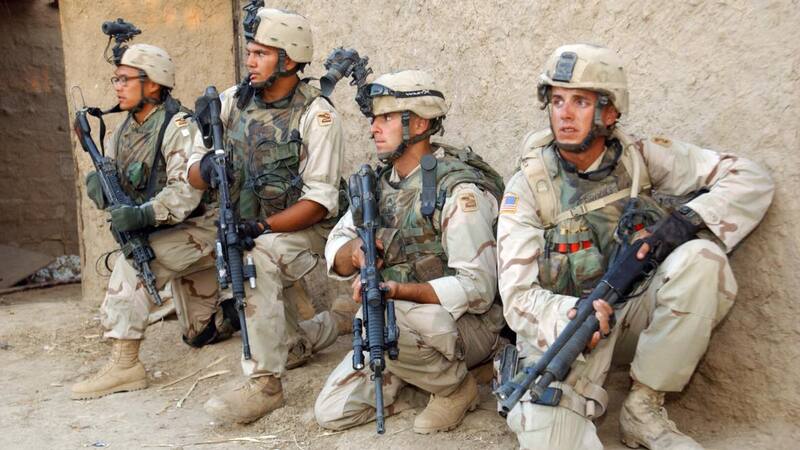 Democracies aren’t supposed to wage wars that last two decades. Army Chief of Staff Gen. George Marshall — who was by no means a dove — doubted, just after World War II, whether “a democracy can fight a seven-year war.” He would hardly recognize today’s off-the-rails military and political culture.

I don’t pretend to speak for all veterans and soldiers. That said, having recently left the military after 18 years of service and combat deployments in two wars, I have seen firsthand the reality of the wars we are fighting and I have known well some of the 7,000 men and women who sacrificed their lives to our Mideast policy.

For me it’s the sounds and smells that have stuck from my combat deployments: the hum of the portable generator outside my tent, the clink of bullets hitting my vehicle, the smells of grilled kebabs and burnt flesh.

In Baghdad, my soldiers were asked to drive daily down IED-strewn roads with macabre nicknames like “Purple Heart Highway.” Sometimes they were driving the same boulevards on which they’d previously picked up what remained of their comrades’ bodies. Still, they never once refused, never once failed to saddle up and perform.

I entered Kandahar thinking nothing could be worse than East Baghdad. But then I walked the grape rows, ridges and valleys of rural Afghanistan. There we were forced to move on foot because there were few roads that could hold an armored vehicle. Troopers trudged for miles and hours, loaded with armor, bullets and water and moving at a snail’s pace to watch for the ubiquitous landmines. In the scrublands outside our Alamo-like outpost, my cavalry soldiers would regularly engage in multiple firefights in the course of a single patrol.

The men and women serving in these wars have diverse views about them. But I know there are many who, like me, have had their fill of perpetual conflict in ill-advised, wasteful campaigns. More has been asked of this generation of soldiers than perhaps any before it. They are expected not simply to face the enemy on a battlefield, but to engage in nation-building, counterinsurgency and counterterrorism. The troops have stepped up and rarely complained about tilting at windmills on behalf of policymakers back home.

But even for all their effort, Americans are no safer today than they were on 9/11. Global terror attacks have increased exponentially, Islamist groups have multiplied, and, thanks to its warring abroad, the United States’ reputation has been besmirched.

The best way America can honor its veterans and fallen soldiers is to create fewer of them.

Read the rest of this article at the Los Angeles Times