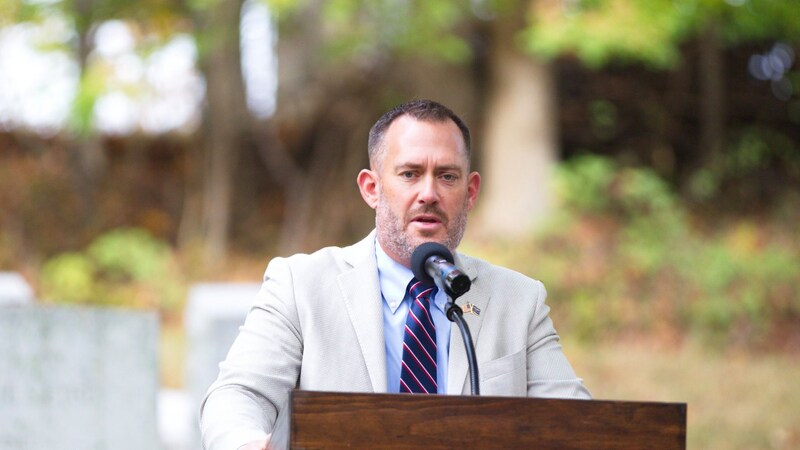 Meridian resident Dan McKnight for years has advocated for an end to the United States’ war in Afghanistan, where McKnight was deployed more than 15 years ago to fight in the 20-year war. On Tuesday, after learning that President Joe Biden would announce an unconditional withdrawal from the country, McKnight thought, “Wow, it’s finally, actually going to happen … I hope.”

Biden plans to withdraw all of the roughly 2,500 U.S. troops in Afghanistan by Sept. 11, the Associated Press reported Tuesday. The decision delays extends the May 1 deadline for full withdrawal under a peace agreement the Trump administration reached with the Taliban last year, the AP reported, but it leaves no room for additional extensions. A senior administration official told the AP the September date is an absolute deadline that won’t be affected by security conditions in the country.

McKnight, whose organization Bring Our Troops Home advocates for ending “our endless wars in the Middle East,” said he was excited by the Trump administration’s May 1 deadline and disappointed when Biden in recent weeks seemed ready to let the deadline lapse.

“But if Sept. 11 is the day, and he pulls us out of that war on that day, we will praise him for completing the mission, for ending the endless war,” McKnight said. “I don’t care who ends the war, as long as it ends.”

McKnight said he wonders whether the day, the 20th anniversary of the terrorist attacks on the U.S. that were coordinated from Afghanistan, is simply symbolic or if it’s strategic “because they think they can accomplish the mission between now and then.”

“History tells us any day that a war is extended is another day for a potential loss of life,” he said. “I just hope we’re not kicking the can down the road another four months and 10 days for some political theater. If it costs one more life, American, coalition, or even (Afghan) life, it’s gone on for too long.”

McKnight, a veteran of the U.S. Marine Corps. and the U.S. Army, served an 18-month combat deployment to Afghanistan with the Idaho Army National Guard between 2005 and 2007. Since then, he said he’s watched fellow guardsmen and women deployed to Afghanistan as many as 16 more times; some returned home wounded, divorced or bankrupt. People who weren’t born before the war started have served in Afghanistan, he said. Those experiences changed McKnight’s outlook on the war since his deployment and led him to launch Bring Our Troops Home along with fellow veterans.

“Every young soldier, we want to get in the fight,” McKnight said. “We started off with a major offensive, where we fought what we were told was the enemy. By the end of that major offensive operation, we were securing roads and bridges and helping contractors build schools and securing elections and guarding water treatment facilities and paying village elders for jobs programs. We weren’t fighting the war, we weren’t in the fight. … We started to see that maybe the war was over, and we weren’t there as warriors anymore. … We were there as diplomats and State Department officials and humanitarian workers.”

Ending the war in Afghanistan is the “first and the big mission” for Bring Our Troops Home, but its advocacy will continue, even if Biden follows through with the reported withdrawal plans. The group’s next aim is legislation that would allow Congress to claw back its war-making authority from the executive branch.

Read the rest of this article on Idaho Press