Rep. Ro Khanna: We Must Investigate the Afghan War 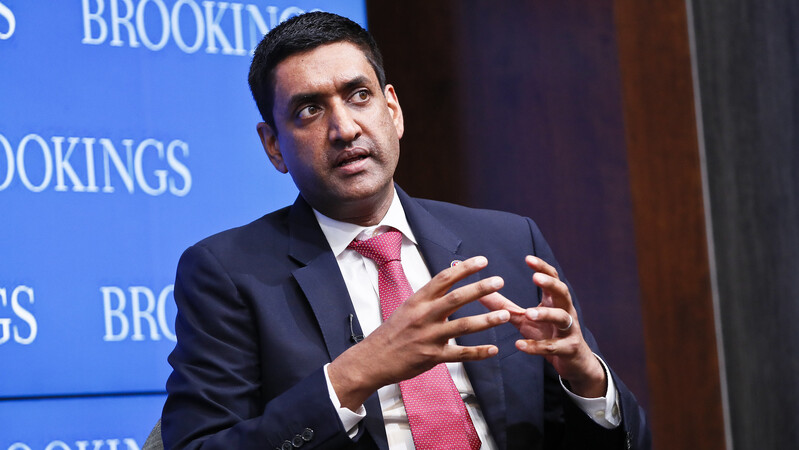 AMY GOODMAN: So, President Biden has pulled the U.S. out of Afghanistan. It’s not clear how many mercenaries there, intelligence are still there. The call is for an investigation into the last few weeks of the chaos of the withdrawal. Are you calling for an investigation of the entire 20 years of the U.S. war? We see this drone strike that killed seven children, because so many reporters are there. It’s why the Pentagon was forced to admit this, because they interviewed the survivors, they had the video footage. This is a picture of Afghanistan for 20 years in rural areas.

REP. RO KHANNA: You’re absolutely right, Amy. I mean, how many drone strikes have killed innocent civilians over the last 20 years? And Anand Gopal’s brilliant reporting in The New Yorker, where he talks about how it was actually Ghani’s army, General [Sadat], who The New York Times had as an op-ed columnist, was ordering the killing of civilians. An op-ed — they allowed an op-ed of his, and he was ordering the killing of civilians in these rural communities.

So, we need to ask: Why is it that for 20 years general after general came to the United States Congress and said we were winning when we were not? Why is it that we never accepted the Taliban surrender offer back in the early 2000s? Why is it that we were oblivious to the human rights abuses, not just of the Taliban, but of the Afghan army, in rural America — in rural Afghanistan? And why is it that we weren’t listening to voices like Anand Gopal’s, who has been writing about these issues clearly for decades? Where is the myopia in our foreign policy establishment that these perspectives aren’t getting through?

AMY GOODMAN: So, would you call for an investigation of the entire Afghanistan War?

REP. RO KHANNA: I have. I have called explicitly for an investigation of the 20-year Afghanistan War, including the Afghan Papers, where there is evidence that people like Donald Rumsfeld blatantly lied to the American people, knew we were losing, knew that they were out there on TV basically lying. So, we need to understand the entire context and, in that 20-year context, of course, investigate the withdrawal. No one is saying it was perfect. I support the president’s decision, but let’s investigate that as one chapter in a very tragic 20-year story.

AMY GOODMAN: Very quickly, do you call for an end to the War in Iraq, the U.S. troops to come home?

REP. RO KHANNA: I do. And I think that those troops are sitting targets that are making us less secure. We need to have a responsible way of ending that war.

And, you know, who I would put in charge, actually, of the 20-year investigation in Afghanistan is Barbara Lee. When I saw on cable news for three weeks person after person coming on cable television who was an architect of our failed strategy, I said, “Where is Barbara Lee’s voice?” I mean, she warned us for 20 years that this is what would inevitably happen. Let’s have her be in charge of an investigation over 20 years of the Afghanistan War.