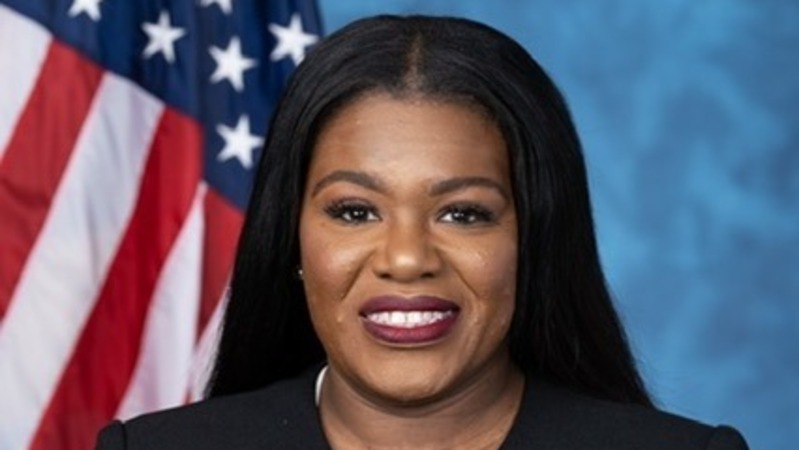 On Monday BringOurTroopsHome.US, an organization composed of veterans of the Global War on Terror and their civilian allies, praised last week’s swearing-in of Congresswoman Cori Bush of Missouri. As a candidate, freshman Democrat Rep. Bush was proud to sign our Congressional War Powers Protection Pledge. 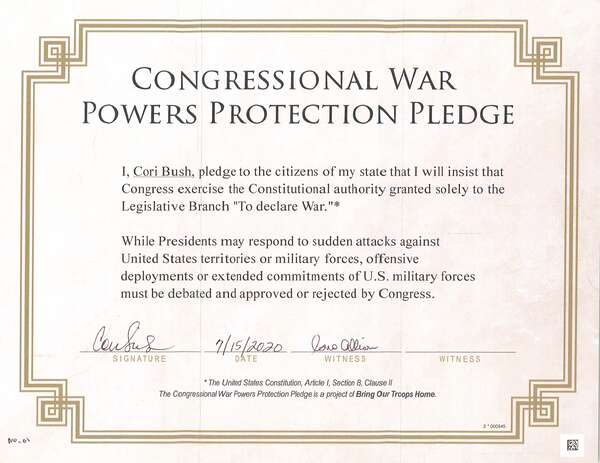 The pledge stipulates that the signer will exercise Congress’ Article I Section 8 constitutional authority to debate and vote on declarations of war before engaging our soldiers in active combat operations. While presidents may respond to sudden attacks against U.S. territory or our armed forces, it is the duty of the people’s representative body to deliberate, approve or reject the deployment of our armed forces overseas.

In November Rep. Bush defeated ten-term incumbent Lacy Clay to represent the people of St. Louis, Missouri. She was featured, along with Congresswoman Alexandria Ocasio-Cortez, in the Netflix documentary Knock Down the House which focused on her original 2018 primary challenge to Clay.

As a candidate, Cori Bush opposed the Trump administration’s increase of the Defense Department budget despite the Pentagon never having passed an independent audit. “Ignorance is paying Lockheed Martin more than $1 trillion over the course of a 60-year contract for a dysfunctional F-35 program. Ignorance is letting their CEO take a $20 million dollar salary while military veterans go homeless,” she said on the campaign trail.

BringOurTroopsHome.US is always happy to work with legislators of either party who put the needs of veterans over the demands of the military-industrial complex.