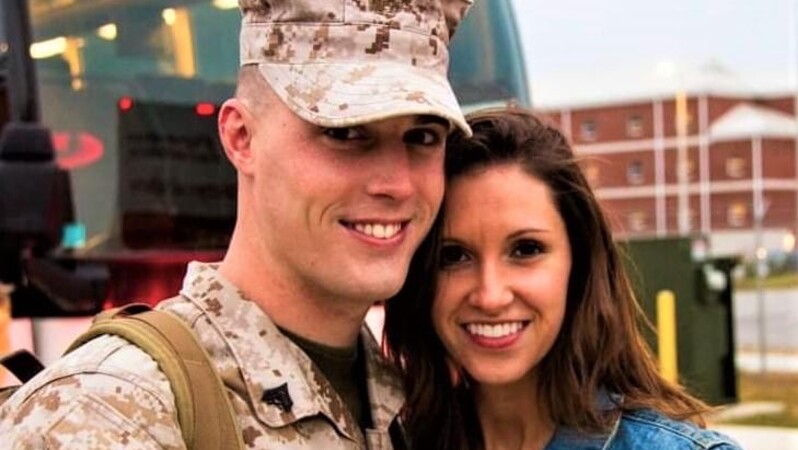 Rep. Ben Adams, R-Nampa, 31, a veteran of two combat tours in Afghanistan with the U.S. Marines and a founding member of BringOurTroopsHome.US, on December 1 took the oath of office for a seat in the Idaho House of Representatives being vacated by Rep. Gary Collins, also of Nampa.

“My family and I sacrificed to allow me to serve our country, and that experience prepared me to be just as faithful now in serving our community,” Adams said. “I have a heart for people, a calling to leadership and community service, and will work hard to preserve our constitutional freedoms and keep Nampa a safe, family-friendly community not only for my own family, but for all the families in our community.”

Adams said he will also work to persuade Idaho’s congressional delegation to support the efforts of BringOurTroopsHome.US to withdraw U.S. troops from Afghanistan, Iraq, Syria, and other combat zones in the Middle East.

“After two decades of endless war,” Adams said, “I strongly agree with President Trump, most military families and veterans, and the overwhelming majority of Americans who believe it’s time we end our involvement in other people’s endless civil wars and bring our troops home to help address problems here at home.”

Adams describes himself as a “liberty-minded conservative” and said he is pro-life, pro-2nd Amendment, and an advocate of limited government, lower taxes, and individual freedom.

He said that as the son of Christian missionaries, he spent eight years of his childhood in Ukraine, where he “witnessed firsthand the negative impact of socialist policies on that country’s economy and citizens, then watched as capitalism and free market policies resurrected the country’s economy and restored hope to its people. No one will be a stronger voice in the Legislature for preserving the blessings of our inspired Constitution and America’s free enterprise economy.”

Returning from the mission field, Adams’ family located in Emmett, where his father served as pastor of Community Bible Church, and where Adams attended and played football and basketball for Emmett High School.

He enlisted in the U.S. Marine Corps in 2009 and was deployed to combat tours in Helmand Province in Afghanistan with an infantry unit in 2011, and as a logistics and operations Non-Commissioned Officer in 2012.

During his military service, Adams’ superiors in formal reviews cited “his high level of maturity and judgment,” based on which, during his second deployment, he was given a position generally held by a Marine of higher rank, in which he was recognized for having “played a fundamental part in the operations conducted within the battle space,” including finding 21 improvised explosive devices (IEDs), directing twenty medical evacuations of 23 Marines, and 41 small arms combat engagements, plus targeting high and low value targets using mobile artillery, drones, and piloted aircraft.

“During these significant events, his tactical knowledge allowed him to anticipate potential dangers and inform the units involved, mitigating the potential ambushes and IED strikes and ensuring the safety of the Marines,” one such evaluation read.

After leaving the Marine Corps in 2014, Adams worked as a construction project manager for Resto Clean restoration company in Nampa and was the wide receivers coach for Nampa High School’s freshman football team, before using the G.I. Bill benefits he had earned to enroll as a full-time student at Boise State University, where he is currently pursuing a Political Science degree.

Adams has been married for eleven years to his wife Rebecca, who is employed by a Nampa pediatric therapy center assisting children with developmental disabilities. The couple has one five-year old son and a newborn daughter, and are members of Crossroads Community Church in Nampa.