Quadruple Amputee Says We Must Bring Our Troops Home from Afghanistan 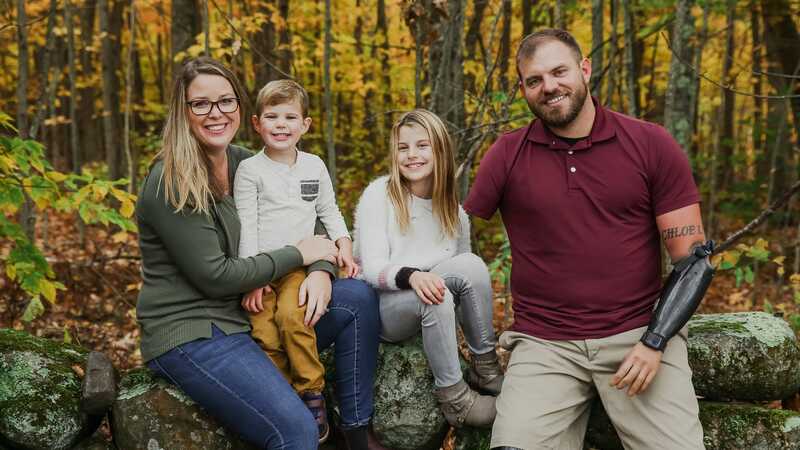 I can smell the grass like it’s spring, and smell the rounds going down range. I can hear our endless chats during the waits between action: What will you eat when you get home? What’s your dream meal?

I can remember the camaraderie and the jokes. And those little miracles, like the time the Army sent us beautiful T-bone steaks. But we had no fridge, so us 20 guys had to eat them all right away. The little plastic knives and forks we had didn’t work too well on steaks; we ate them with our hands.

Or how we couldn’t shower for weeks when we were away from the main base, and how after a while, we just didn’t care.

It’s not what most people would expect, but those are the moments I think about when I remember my days serving in Afghanistan. I’ve done that a lot in recent weeks since President Joe Biden announced plans to pull the last of our troops out by Sept. 11.

One thing I don’t obsess on is my injuries. I lost both my arms and both my legs when I set my backpack on an improvised explosive device in 2012. I should have died, frankly.

But my guys wouldn’t let me die.

The ninth anniversary of my injury (my “Alive Day”) has just passed — April 10. It comes just four days before my birthday — the same day I regained consciousness after being blown up. Some guys drink on their Alive Day, angry about the injuries they suffered. It’s a bittersweet thing. You are alive but you think, “Man, that sucks.”

Drinking is understandable but that’s not my style. I have a beautiful wife and two children, and I’m thankful for every day with them.

But I don’t have a party, either.

My Alive Day is just another day.

Am I angry we are pulling out after I sacrificed so much? I’m lucky — more than 2,300 service members will never come home at all to their spouses and parents and children. So no, I’m not angry.

And I see the point of those who argue that we need to keep a military footprint in Kandahar and Bagram. This is a volatile part of the world sandwiched between other volatile parts of the world, and we need some kind of presence.

But beyond that, I agree with the president. It’s time to go.

This was not a war we could win, really. How many more good men and women should go through what I’ve gone through? Not one.