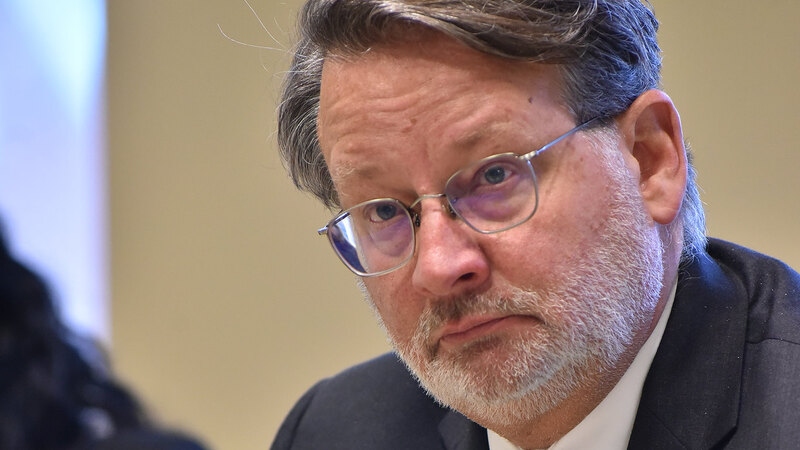 Lawmakers are working to end what they consider outdated authorizations for the use of military force — known as AUMF — and are hopeful their moment has come after Biden endorsed replacing them “with a narrow and specific framework.” But the specifics of what the president would support remain unclear.

Many members agree it’s woefully outdated nearly 20 years later and that previous presidents have warped its purpose by applying it to terrorists not connected to al-Qaida. But prior efforts to reform it in Congress faltered amid disputes over what should replace it.

The push to repeal the use-of-force authorizations is prompted by lawmakers’ alarm at former presidents’ repeated use of military force without congressional approval.

Under the Constitution, it’s Congress and not the president that has the right to authorize war. Congress also has the power to end wars, U.S. Sen. Gary Peters noted in an interview.

“Certainly, we always have to be concerned about foreign terrorism and need to give the president flexibility to deal with that threat,” said Peters, a Bloomfield Township Democrat on the Armed Services Committee. “But you need an updated AUMF to actually reflect the current situation. Not the situation as it existed nearly 20 years ago.”

Peters has described how today’s American war fighters are facing adversaries in places never named in any AUMF or war declaration. It’s not a partisan trend, he said, noting that President Barack Obama never sought approval for the use of military force in Libya, and President Donald Trump never did for Syria.

As a first step, backers in both parties are targeting for repeal the 2002 and 1991 AUMFs against Iraq that remain on the books but are not currently relied on by the Pentagon.

Republican U.S. Rep. Peter Meijer of Grand Rapids Township has introduced a bipartisan bill that would repeal both the 1991 and 2002 AUMFs, as well as the Eisenhower-era AUMF from 1957 intended to check Communist efforts in the Middle East.

“They provide no benefit, but a future president could use them in order to justify a conflict, circumventing congressional approval or authorization by just shoehorning them in. It’s outdated rationale,” said Meijer, a freshman lawmaker who served with the U.S. Army in Iraq and campaigned on ending “forever wars.”

Meijer calls his measure an “act of constitutional hygiene.” He said he’s hopeful the repeal efforts will succeed but noted previous presidents who expressed a desire to peel back some executive authority took a different view once in office.

“I hope that that impulse (by Biden) stays on the course that it is,” Meijer said. “Because we’ll be approaching two decades of post-9/11 conflict this fall, and just the continuation of conflicts on autopilot is not something that is in the best interest of the country.”

The Democrat-controlled House Foreign Affairs Committee recently voted to repeal the 2002 AUMF — which greenlighted action against Saddam Hussein’s regime in Iraq. The measure passed the House last term and is co-sponsored by progressive Democratic U.S. Reps. Rashida Tlaib of Detroit and Andy Levin of Bloomfield Township.

While support for repeal is growing, some lawmakers remain wary. Meijer was among two of 21 Republicans on the House Foreign Affairs panel to vote for the repeal with Democrats.

Read the rest of this article at The Detroit News