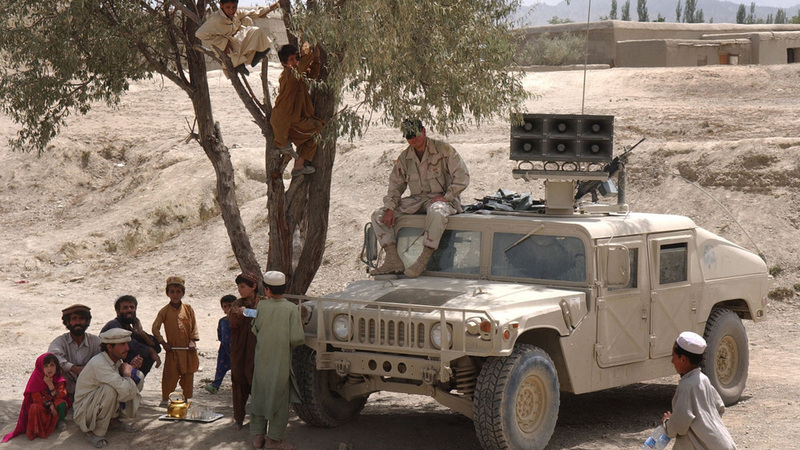 Like many of Donald Trump’s tweets, the president’s October 7 declaration on withdrawing from Afghanistan was swiftly dismissed by most observers.

While Trump initiated a substantial drawdown — 2,000 troops before his term is up— the goal of a full withdrawal was attacked across the political spectrum. News anchors and senators raised the specter of Saigon and helicopters on rooftops. Trump’s own national security adviser, Robert C. O’Brien, publicly described his boss’s diktat as aspirational. But could the United States bring all its troops in Afghanistan home by Christmas?

Past pullouts, such as the 2013–2014 withdrawal of U.S. Marines from Helmand Province, were a lengthy and deliberate process run by units like R4OG, the Redeployment and Retrograde in Support of Reset and Reconstitution Operations Group. Tens of thousands of principal end items (vehicles, weapons, and other significant gear) were pulled back to major bases, cleaned, inventoried, and either shipped back to the United States or destroyed. From 2012 to 2014, the Marine Corps alone sent home well over one billion dollars of equipment. Tens of thousands of other items, from Humvees to hammocks, were given to Afghan security forces, as were 50 miles of bottled water. Sprawling Hesco hubs like Camp Leatherneck, once a garrison city of nearly 30,000 inhabitants, were rapidly shrunk before being turned over to Afghan soldiers.

A final withdrawal would be a far simpler affair. Assuming former ambassador James Jeffrey is a one-off and the publicly available numbers are relatively honest, there are currently about 4,500 U.S. troops, 8,500 NATO troops, 22,500 contractors, and 600 Department of Defense civilians supporting the coalition mission in Afghanistan. Five thousand of those contractors are Afghan nationals. As CNA’s Jonathan Schroden noted recently, at 200 people per Air Force C-17 and with the expectation of using Kabul International Airport for expatriating many of the contractors, all coalition forces could be out of Afghanistan in a few weeks.

As those of us who have experienced previous U.S. drawdowns in Afghanistan can attest, the Taliban have little interest in attacking withdrawing foreign forces, especially at this stage of the war. Far from a Saigon scenario, the insurgents will probably do everything short of escorting U.S. troops to their terminal.

Could is not should, of course. But the relative ease with which U.S. forces could be withdrawn speaks to their limited impact on the civil war engulfing Afghanistan. The latest quarterly report from the Special Inspector General for Afghanistan Reconstruction, John Sopko, underscores this fact. Sopko’s team noted that in the last quarter, even the most elite Afghan National Security Forces (ANSF) strike teams conducted 96 percent of their ground operations independently — nearly quintuple the rate of a year ago — a result of both COVID restrictions on U.S. troops and the U.S.–Taliban deal. Outside of these units, the vast majority of Afghan soldiers and policemen have been operating unpartnered for nearly a decade. After years of “green-on-blue” insider attacks, the limited conventional coalition military advising element that remains is focused almost exclusively on staff work at higher echelons, corps and above.