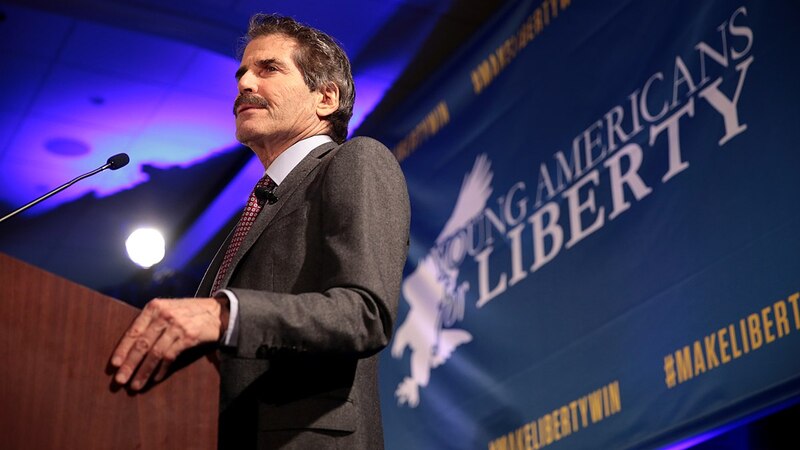 We’re out of Afghanistan. Good. We should have gotten out before.

Our involvement there was America’s longest war, longer than the Civil War, World War I and World War II combined. We accomplished little good and plenty of bad. Tens of thousands killed. A trillion dollars spent.

Hawks say, “If we just stayed a little longer … “

Yes, there had been a drop in violence in Afghanistan. But that did not mean we were winning. The Taliban were just waiting because former President Donald Trump announced we were going to leave.

Will we continue to try to police the world?

Washington defines U.S. national interests so broadly, says the Cato Institute’s John Glaser, “that virtually no region of the world (is) considered nonvital.”

This grandiosity started after WWII.

“No longer would we canonize George Washington’s warning against entangling alliances,” writes Glaser. “Or extol the counsel of John Quincy Adams that America ‘goes not abroad, in search of monsters to destroy.’”

Many Americans believe the military and our use of military force shrank after WWII and after the Soviet Union collapsed. But it’s not true either.

“The United States has engaged in more military interventions in the past 30 years than it had in the preceding 190 years altogether,” Glaser points out.

We spend more on defense than the next 10 countries combined.

We can’t afford to keep doing that.

In my new video, Cato defense analyst Eric Gomez explains why Congress never does anything about that.

“A lot of members of Congress don’t want it fixed,” he says.

“If you’re a member of Congress,” says Gomez, “they’re spending that money in your district…You don’t want that taken away from you.”

In Afghanistan, America spent $43 million to build a gas station (normal ones cost $500,000). Why? Some central planner decided this gas station should dispense natural gas, even though almost no cars can use it.

At least in Afghanistan our government did try to limit American involvement. Instead of having U.S. soldiers fight…forever, America would train and equip Afghans so they could defend themselves.

But that didn’t work either.

The problem, says Gomez, is that American officials don’t “have any clear sense of where things are going to go, what our objective is.”

“We have an objective,” I push back. “Make the world safe for democracy.”

Now the military budget exceeds $700 billion, and the Defense Department says it will spend more money fighting climate change because the “climate crisis” is an “existential” threat.

Give me a break.

Spending patterns are driven by inertia. Year after year, they give about the same share of money to the Army, Navy and Air Force, even though today’s threats from places like China mean the Navy and Air Force are much more important.

Politicians and the Pentagon need to make some choices. What exactly is the military’s mission?

If America hopes to be both safe and prosperous, the military should focus on defending America itself.

Reprinted with full credit to Creators.com