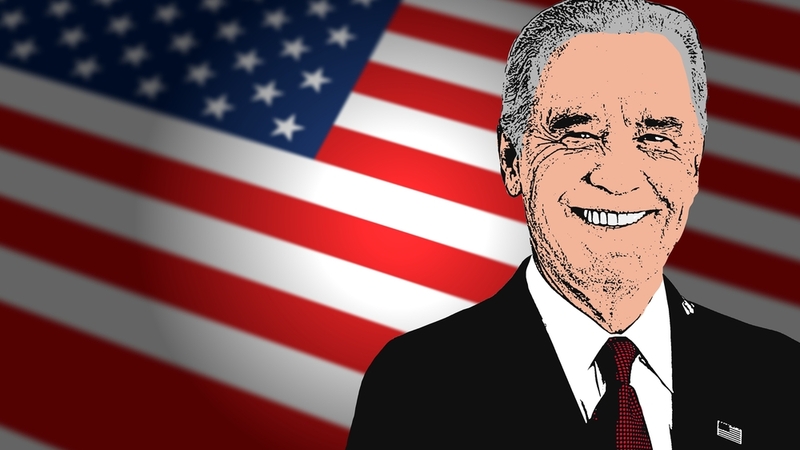 [Three weeks ago], the U.S. military bombed a site near al-Hurri, along the Iraqi border inside Syria, where Iranian-backed Iraqi militias were allegedly stationed. Although the U.S. launched its missiles across an international border (and without the approval of Congress), White House Press Secretary Jen Psaki framed the strike as a ​“defensive” response to a series of rocket attacks that have killed one and wounded several Americans over the past [month]. The American bombing left ​“up to a handful dead,” according to one U.S. official who spoke with CNN, and Tehran condemned the assault as ​“illegal and a violation of Syria’s sovereignty” — a perception gap certain to complicate President Joe Biden’s pronounced plans to reverse Donald Trump’s antagonistic Iran policies and rejoin the nuclear deal.

The campaign will do little to further the United States’ objectives in the Middle East (in as much as they can even be articulated at this point), but it heralds something more dispiriting still: That nearly two decades into a regional war, Washington (perhaps willfully) does not understand the Syria-Iraq-Iran nexus, and that the Biden administration is following a failed blueprint in the Middle East — a reality that was thrown into even sharper relief when the U.S. elected not to punish Mohammed bin Salman (MBS) after the release of a declassified intelligence report that found he was directly responsible for the murder of the Washington Post’s Jamal Khashoggi.

The United States’ intervention in Syria has looked a lot like its disastrous invasion of Baghdad in 2003, which shattered the Iraqi state, unleashed a brutal civil war and gave rise to a deadly phoenix that would become ISIS. Both have led to the deaths of more than 1,000 militia members, along with countless civilians. And neither is likely to see a full withdrawal of U.S. troops in the immediate future.

Joe Biden, who believes his own son’s fatal cancer was caused by exposure to toxic burn pits during his tour in Iraq, has repeatedly asked that God bless our troops. But keeping those same soldiers in a war zone like the Baghdad, Balad, and Erbil, Iraq, bases struck by rockets over the last two weeks, with no discernible aim, might be considered a sacrilege. Exacerbating matters, we are inundated with stories about Tehran and Moscow’s nefarious objectives in Syria, even as the story remains more complicated than that. (Tehran, for example, is much less powerful than Washington’s courtiers in the media would have you believe.)

The same can be said of the recent rocket attacks that provoked the Biden administration’s deadly response in Syria. Iraqi militias pose no danger to the people of Baltimore, Maryland or Little Rock, Arkansas, and Baghdad does not demand an American military presence. To the extent Americans face a security threat at all, it is one of their own making. What’s more, Saudi Arabia, which is supposed to be a key U.S. ally in the region, has tacitly and explicitly backed Sunni insurgents who have killed scores of U.S. troops in conflicts across the Middle East. These include Al Qaeda and other Islamist-elements in the Syrian civil war.

This is the tired playbook that Joe Biden has inherited and the one he seems intent on following, no matter how unsuccessful it’s been or how much chaos it has wrought. Ironically, if Biden truly wanted to be a transformative president, he might follow an even older strategy — one pursued by Alexander the Great and the ancient Greeks. He’d withdraw the troops and cut the Gordian knot that has become U.S. foreign policy, along with America’s losses in the Middle East. Anything less is a formula for forever war, ever more.

Read the rest of this article at In These Times