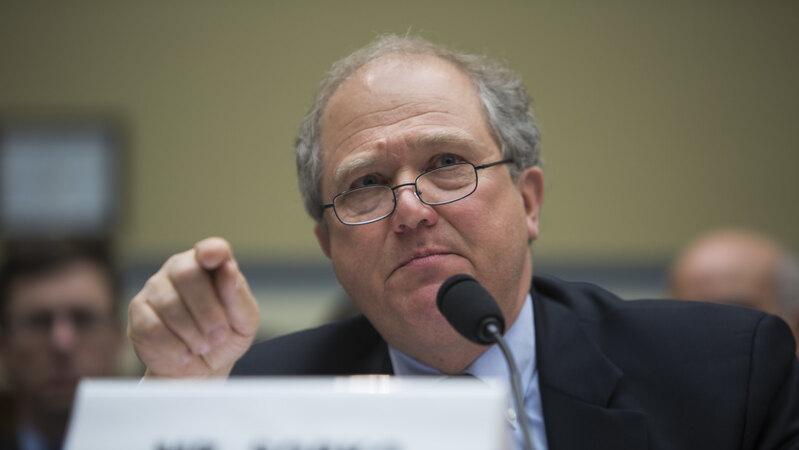 John Sopko, the U.S. special inspector general for Afghanistan reconstruction, told reporters Thursday there are two words to describe the US effort in Afghanistan. “One is this hubris that we can somehow take a country that was desolate in 2001 and turn it into a little Norway.” The other, mendacity: “we over exaggerated, our generals did, our ambassadors did.” He noted countless officials over the years spoke about “just turning the corner” in the fight against the Taliban. “Well we turned the corner so much, we did 360 degrees.”

Talking to reporters, Sopko continued his criticism of U.S. policy and said there had been a failure to help fashion an Afghan military force with the basic pay, logistics, medical care and other elements that made local troops feel risking their lives was worth it. Sopko repeatedly noted that fuel supplies are not under proper government control and suggested that as much as half may have been stolen, a huge obstacle that has reduced military capability.

Sopko has long been critical of many of the US efforts in Afghanistan. But with the troop withdrawal almost complete he advocated for a hard look at the history of U.S. military conflicts. “Don’t believe what you’re told by the generals or the ambassadors or people in administration saying we’re never going to do this again,” he said. “That’s exactly what we said after Vietnam: We’re never going to do this again. Lo and behold, we did Iraq. And we did Afghanistan. We will do this again.”