If President Biden Wants to End the Forever War, He Must Act Soon 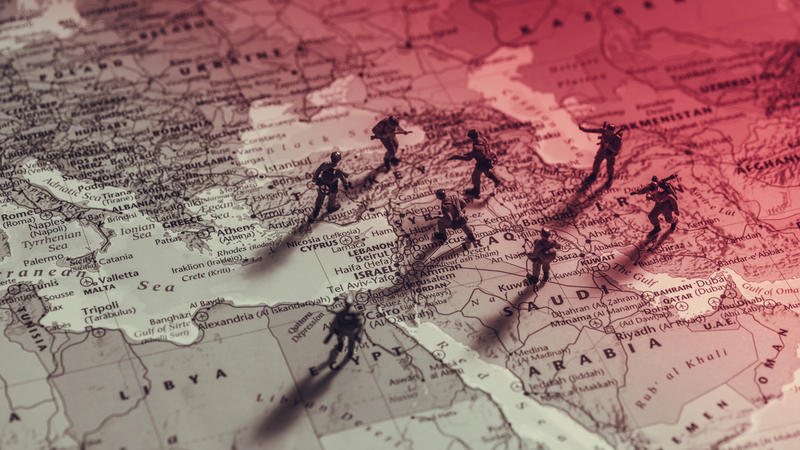 The U.S. withdrawal from Afghanistan is now more than 90 percent complete according to the Pentagon. In announcing the withdrawal on April 14, President Biden rightly noted that he was the fourth U.S. president to prosecute a military campaign in Afghanistan — and he would not hand that responsibility to a fifth. Biden has also spoken of moving past the counter-terrorism campaigns of the last 20 years. But does Afghanistan augur an end to what are aptly categorized as “forever wars,” or is this merely a one-off, with a continued American commitment to legacy counterterrorism deployments throughout the greater Middle East?

The significance of the Afghanistan decision should not be understated. Yes, President Trump had negotiated an American withdrawal with the Taliban, and yes, the war rarely intruded on the front pages of U.S. newspapers or the minds of American voters, regardless of the situation on the ground in Afghanistan. But the path of least resistance for President Biden would have been a continued small American military presence, a zombie commitment to a conflict where we long ago forsook any chance of winning. His military advisors apparently counseled this path. In rejecting the status quo, Biden showed both realism and political courage, qualities rarely in evidence in 21st century American statecraft.

The situation is far murkier in the Middle East. Iraqi Prime Minister Mustafa Al-Kadhimi recently visited Washington, his presence having elicited a joint pledge to end U.S. combat operations in Iraq. Yet like the infamous “Mission Accomplished” banner of nearly 20 years ago, this declaration is fraught, if not totally meaningless. Administration protests to the contrary fly in the face of the long U.S. track record.

Next door to Iraq in Syria, an even more senseless intervention continues. In Iraq, the sovereign government at least wants U.S. forces in its country, as it tries to walk a tightrope between the United States and Iran. In Syria, a small contingent of American troops maintains a foothold, despite the effective destruction of the Islamic State and the hostility of the Syrian government.

U.S. forces, ostensibly there to aid the Kurdish-dominated Syrian Democratic Forces and prevent the return of the Islamic State, have no ability to change Syria’s course. Their continued presence is a testament to the mindless mission creep and hubris of America’s forever wars. U.S. sanctions, embodied in the Caesar Syria Civilian Protection Act that Secretary of State Antony Blinken has endorsed, immiserate Syrian civilians and are a further obstacle to Syrian reconstruction.

A few thousand miles south, the Biden administration recently conducted its first airstrikes in Somalia, a move that was too much for even some Democratic legislators. If Iraq is a country of at best secondary concern to American national security, one wonders what to call Somalia. Yet the administration invoked the 2001 Authorization for the Use of Military Force in order to justify U.S. Africa Command’s strikes in support of the U.S.-trained Danab commandos.

Afghanistan aside, it is still business as usual for what was once heralded as “the Global War on Terrorism.” The Biden administration, though, may yet pursue a more radical break with the foreign policy failures of the past two decades. The Afghanistan decision, after all, took three months of internal analysis and debate.

If Biden and his foreign policy team do intend to wind down the GWOT they need to lay out their vision quickly. The reaction to the Trump administration’s halfhearted attempt to withdraw from the greater Middle East illustrates the pushback Biden will surely face from the foreign policy establishment, even if his Afghanistan decision elicited a mostly muted reaction. If the president does intend to confront and overcome this resistance he had better get started.