How the Democratic Party Adopted the Worst of the GOP 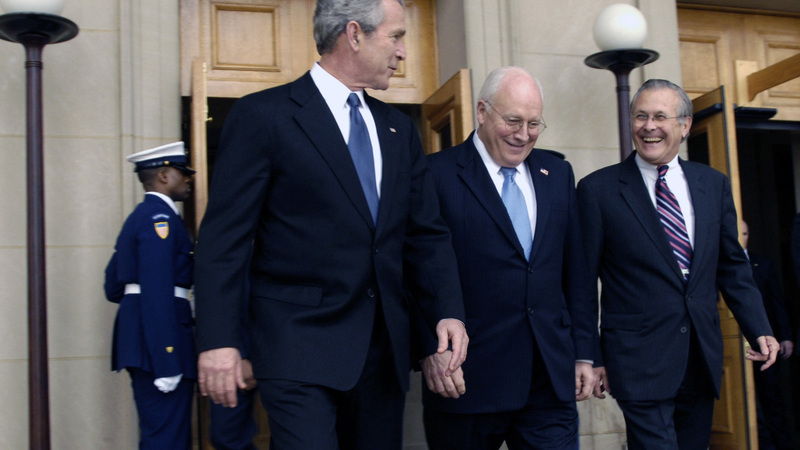 Rotted and discredited institutions like the CIA, NSA and FBI re-branded themselves as patriotic guardians of liberal democracy and stalwart protectors of a besieged population. Leaders of those security state agencies went from toppling governments, engineering clandestine coups, disseminating disinformation campaigns, illegally spying on citizens, and entrapping young Muslims in manufactured terror plots to being lavished with book deals and cable news contracts and celebrated in liberal parlors as saviors rather than destroyers of democratic institutions and Enlightenment values.

But the most potent incentives for this warped fairy tale have been the whitewashing of recent U.S. history, the maintenance of American Exceptionalism, and most of all the reputational and career rehabilitative value it bestowed on all those pre-Trump officials, apparatchiks and myth-disseminating journalists who committed great evils and left a raft of violence, lawlessness, destruction and death in their wake but now get to claim, and have others believe, that, no matter their sins, at least they weren’t authoritarian white supremacist neo-Nazi pathological-lying fascist dictators like Trump and therefore deserve to be embraced by (and gainfully employed in) the Family of Decent Society.

That’s the deceitful framework that has led to two of the most mendacious and amoral War on Terror neocons, David Frum and Bill Kristol, being elevated to their new status as among the most beloved-by-liberals Trump-era pundits with a new massive social media platform and frequent MSNBC appearances; the actual chief propagandist of the Bush/Cheney 2004 campaign and Bush/Cheney White House, Nicolle Wallace, becoming one of the most adored-by-liberals MSNBC hosts; the litany of War on Terror killers, including former Bush/Cheney CIA and NSA chief Gen. Michael Hayden, becoming a #Resistance star; and the most savage disciples of Rovian politics becoming the undisputed champions of political grifting while marching under the tickling-the-liberal-g-spot banner called the Lincoln Project.

In the green rooms of CNN and MSNBC, on the op-ed pages of The New York Times and The Washington Post, and in the hearts and minds (and bank accounts) of American liberals, one now finds the worst and most amoral architects and enablers of the invasion and destruction of Iraq, the worldwide torture regime, the global program of official kidnapping (“rendition”), Article II theories of a lawless and omnipotent President, the drowning of New Orleans, the slaughter of innocents by the thousands at the hands of fighter jets and drones, the targeting of U.S. citizens for assassination-by-drone, vital support for the world’s most barbaric tyrants, the saving of Wall Street at the expense of ordinary homeowners and communities of workers, and the seamless and rapid re-imaginging of the United States after the fall of the Soviet Union as a country of Endless War.

Read the rest of this article on Glenn Greenwald’s Substack.