How Our Generals Have Cashed In On Our Failed Wars 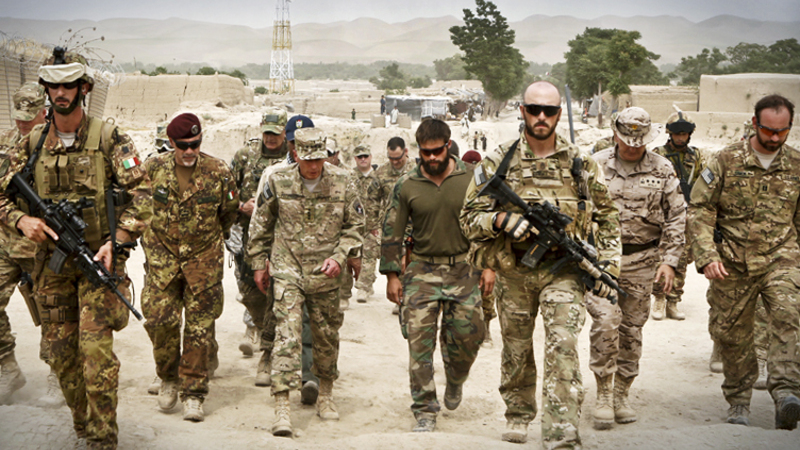 Perhaps feeling a mix of melancholy and nostalgia this past week, as an election campaign that barely broached America’s longest-ever war (hopefully) climaxed – I got to reminiscing about the colonels and generals who commanded at the battalion-level and above during my 2011-12 Afghan adventure. I found myself wondering – like a jilted lover with a locked&loaded Facebook account – what they’re doing now?

The answers were predictable, if a bit more drastic than expected. To summarize and generalize, the generals (no pun intended) are mostly working in the corporate defense industry, strategic and security consulting, and/or at a trans-partisan array of hawkish think tanks that provide “scholarly” justification for their own windfalls. These organizations hardly hire the retired generals as a thanks for their service – nor for any specific technical knowledge per se – but rather for their relationships Rolodex, insider knowledge, and influence with former subordinates now headed to the helm.

That’s where most of the colonels from my – and let’s be honest, everyone’s – Afghan tour come in. They’ve either risen to key command and decisional positions or themselves retired, and followed their former masters into parallel subordinate roles at the very same defense contractors, consultancies, or think tanks.

These are money-making enterprises, after all, and spinning senior military leaders through the “revolving door” has proved a sure-thing payoff time and again. The proof is in the pudding – a warfare tapioca now aged 20 years.

Yes, there’s something exceedingly grotesque about the consequences gap between the Afghan surge’s grunts and their senior commanders. The generals who often graced my humble, besieged Kandahar outpost with their intrusive and distracting visits, have more than landed on their feet. Most rake in six- and seven-figure largesse atop “specially boosted” pensions ranging from $169,000-$237,144 annually. By the way, not a single flag officer was killed on my 12-month tour, and whereas the baseline salaries of the generals ranged from $155,820-$189,600, the specialist (E-4) in my troops who bled to death waiting for a medevac helicopter earned around $27,684 to lose both legs, half an arm, and his ultimately…his life.

Read the rest of this article on Antiwar.com