Honor and Respect Veterans, Not the Unconstitutional Wars They Fought In 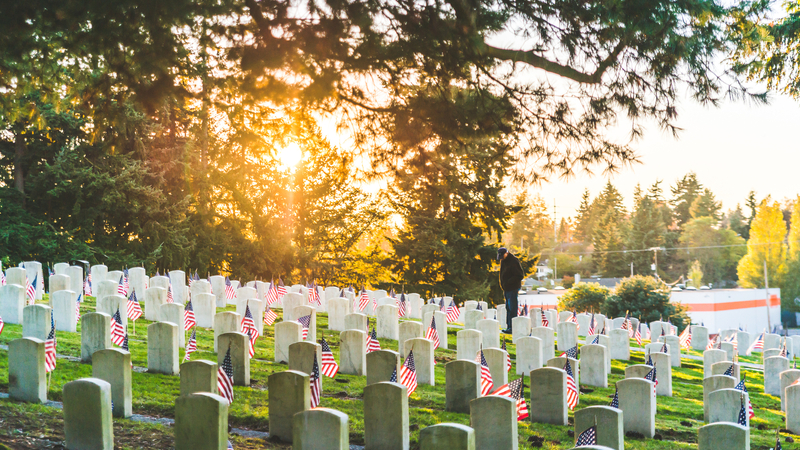 At a Memorial Day event in Delaware on Sunday, President Biden said, “Those names that’s on that wall, and every other wall and tombstone in America of veterans, is the reason why we’re able to stand here. We can’t kid ourselves about that.” It’s a frequently expressed sentiment on Memorial Day: Without the sacrifice of those who fought in the nation’s wars, the United States would no longer exist.

But 76 years removed from the end of World War II — the “good” war — our relationship to the wars of the past may be changing, in ways that make it less likely that we’ll keep adding names to those walls.
The United States is, without question, the most militarily adventurous nation in the modern world. Since World War II, we’ve fought large-scale wars in Korea, Vietnam, Kuwait, Iraq and Afghanistan, plus smaller-scale invasions and incursions in Cuba, Grenada, Panama, Bosnia, Somalia, Haiti, Libya and many others.

But while it’s early in Biden’s presidency, it is hard to detect in him much appetite for sending U.S. troops halfway around the world, even in what we believe to be a noble cause. Perhaps Biden himself has changed from the time he was a frequent advocate of the use of military force to solve problems. More likely, the debacles of Iraq and Afghanistan have changed almost everyone’s perspective.

Soon, there won’t be any living veterans of “good” wars. Almost all of those who will be able to tell of their experiences will have lived through wars that should never have started and that they should never have had to endure.

“Every day since I was vice president, I’ve carried with me a card with the exact number of troops killed in our operations in Afghanistan and Iraq,” Biden said in his speech; the number on that card is currently 7,036. The painful truth is that whatever their courage, their patriotism, and their willingness to sacrifice for others, it’s impossible to argue that, without their deaths, America would have ceased to exist. It’s hard to even argue that the wars they fought made us appreciably safer.

What we can say is that the failure of those two wars, and the terrible sacrifice of those who died and their loved ones, have given us a healthy reluctance to keep adding names to those walls.

What may be most remarkable is that the reluctance is clear in both parties, and to at least some degree we can thank President Donald Trump for making opposition to large-scale foreign adventurism more respectable within the GOP. While he was happy to launch strikes in Syria or Iraq, from the moment he began running for president he ridiculed the Iraq War as a disaster, and pretended he opposed the war from the start. Even his more hawkish 2016 primary opponents were left sputtering when asked whether the war was a mistake. And unlike almost every Republican president in modern history, he didn’t launch any new invasions.

Read the rest of this article at The Washington Post