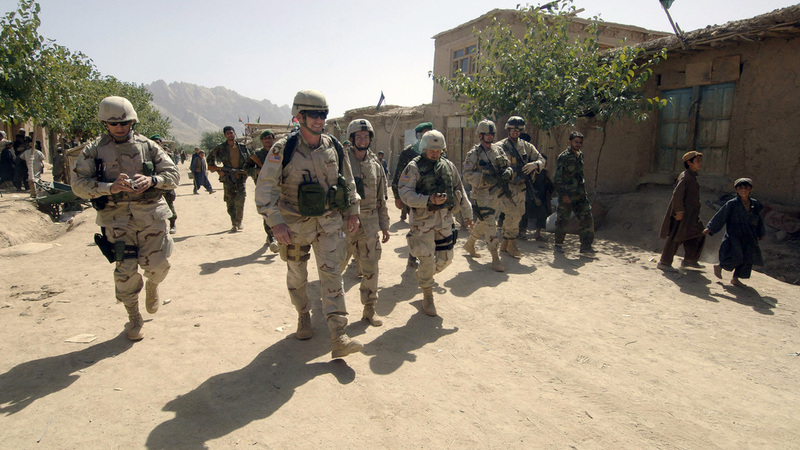 The Heritage Foundation, one of Washington’s most well-known conservative and conventional hawkish think tanks, called the phrase “endless wars” a tool of “political sloganeering” rather than a “serious critique of continued U.S. involvement in places like Afghanistan, Iraq, Syria, and Somalia.” It attached a piece by Dakota Wood at The National Interest, defending the last 20 years of war abroad.

In his piece, “The Myth of Endless Wars,” Wood, a researcher at Heritage, tells us that U.S. involvement in Afghanistan, Iraq, Syria, and Somalia is not really endless, but rather that the government “has enduring interests that must always be addressed.” Wood argues that the United States must keep troops abroad indefinitely to wield influence and dominate with the use of force to protect American security and economic interests:

Indeed, this is not some “endless war” as some claim, but a shift in U.S. military posture that accounts for changes in the security and diplomatic environments, national policy objectives, and the efforts of enemy elements and their sponsors as they pose threats to the United States and its interests.

Wood’s contention is that when the United States fails to complete a mission, moving the goalposts is acceptable in order to justify continued foreign intervention and occupation. It’s hard to see how this non-falsifiable argument doesn’t qualify as endless.

Wood’s article accuses those who use the term “endless wars” of “intellectual laziness,” yet he fails to develop or extrapolate on many of his key points. For instance, Wood repeatedly alludes to vague American security and economic interests when he stresses the importance of troops abroad, without defining any of them. Maybe because some of these interests only apply to the corporate or political elite rather than national security – like protecting Syrian oil fields as President Trump claimed in 2019. It’s much easier to defend American intervention by glossing over the reality that vital national security interests are not at risk if U.S. troops acting as security guards aren’t protecting Syrian oil fields.

Interventionists accuse restrainers of simplistically arguing for withdrawal without considering the repercussions. Those of us who want to end endless wars have indeed weighed the costs and benefits of continued occupation. The bottom line: the American people have not benefited from these wars of choice or American military hegemony.