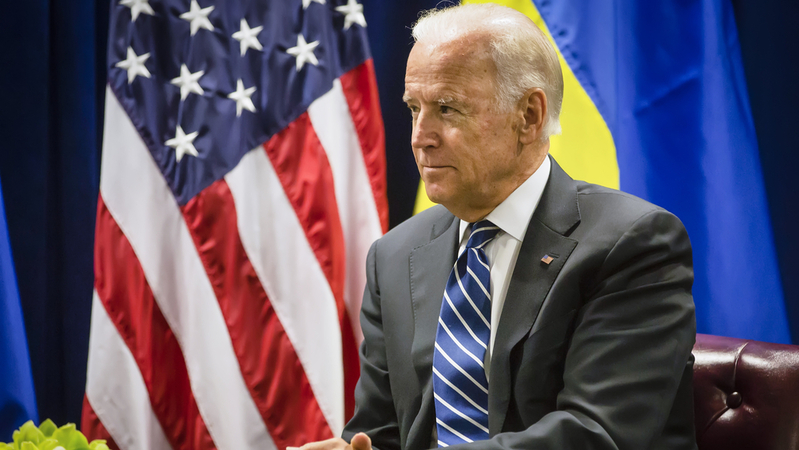 So, what can we expect from commander-in-chief [Joe] Biden?  In other words, what’s the forecast for U.S. service-members who have invested their lives and limbs in future conflict, as well as for the speculators in the military-industrial complex and anxious foreigners in the countries still engulfed in America’s war on terror who usually stand to lose it all?

It hardly requires clairvoyance to offer such guesswork.  That’s because Biden basically is who he says he is and who he’s always been, and the man’s simply never been transformational.  One need look no further than his long and generally interventionist past record or the nature of his current national-security picks to know that the safe money is on more of the same.  Whether the issues are war, race, crime, or economics, Uncle Joe has made a career of bending with the prevailing political winds and it’s unlikely this old dog can truly learn any new tricks.  Furthermore, he’s filled his foreign policy squad with Obama-Clinton retreads, a number of whom were architects of — if not the initial Iraq and Afghan debacles — then disasters in Libya, Syria, West Africa, Yemen, and the Afghan surge of 2009.  In other words, Biden is putting the former arsonists in charge of the forever-war fire brigade.

It’s increasingly clear that Washington’s legacy wars in the Greater Middle East — Iraq and Afghanistan, in particular — are generally no longer on the public’s radar.  Enter an elected old man who’s charged with handling old business that, at least to most civilians, is old news.  Odds are that Biden’s ancient tricks will amount to safe bets in a region that past U.S. policies essentially destroyed.  Joe is likely to take a middle path in the region between large-scale military intervention of the Bush or Obama kind and more prudent full-scale withdrawal.

The war in Afghanistan is hopeless and has long been failing by every one of the U.S. military’s own measurable metrics, so much so that the Pentagon and the Kabul government classified them all as secret information a few years back.  Actually dealing with the Taliban and swiftly exiting a disastrous war likely to lead to a disastrous future with Washington’s tail between its legs is, in fact, the only remaining option.  The question is when and how many more Americans will kill or be killed in that “graveyard of empires” before the U.S. accepts the inevitable.  Toward the end of his tenure, Trump signaled a serious, if cynical, intent to so.  And since Trump was by definition a monster and the other team’s monsters can’t even occasionally be right, a coalition of establishment Democrats and Lincoln-esque Republicans (and Pentagon officials) decided that the war must indeed go on.  That culminated in last July’s obscenity in which Congress officially withheld the funds necessary to end it.  As vice president, Biden was better than most in his Afghan War skepticism, but his incoming advisers weren’t, and Joe’s nothing if not politically malleable.  Besides, since Trump didn’t pull enough troops out faintly fast enough or render the withdrawal irreversible over Pentagon objections, expect a trademark Biden hedge here.

Syria has always been a boondoggle, with the justifications for America’s peculiar military presence there constantly shifting from pressuring the regime of Bashar al-Assad, to fighting the Islamic State, to backing the Kurds, to balancing Iran and Russia in the region, to (in Trump’s case) securing that country’s meager oil supplies.  As with so much else, there’s a troubling possibility that, in the Biden years, personnel once again may become destiny.  Many of the new president’s advisers were bullish on Syrian intervention in the Obama years, even wanting to take it further and topple Assad.  Furthermore, when it comes time for them to convince Biden to agree to stay put in Syria, there’s a dangerous existing mix of motives to do just that: the emotive sympathy for the Kurds of known gut-player Joe; his susceptibility to revived Islamic State (ISIS) fear-mongering; and perceptions of a toughness-testing proxy contest with Russia.

When it comes to Iran, expect Biden to be better than the Iran-phobic Trump administration, but to stay shackled “inside the box.”  First of all, despite Joe’s long-expressed desire to reenter the Obama-era nuclear deal with Iran that Trump so disastrously pulled out of, doing so may prove harder than he thinks.  After all, why should Tehran trust a political basket case of a negotiating partner prone to significant partisan policy-pendulum swings, especially given the way Washington has waged nearly 70 years of interventions against Iran’s politicians and people?  In addition, Trump left Biden the Trojan horse of Tehran’s hardliners, empowered by dint of The Donald’s pugnacious policies.  If the new president wishes to really undercut Iranian intransigence and fortify the moderates there, he should go big and be transformational — in other words, see Obama’s tension-thawing nuclear deal and raise it with the carrot of full-blown diplomatic and economic normalization. Unfortunately, status-quo Joe has never been a transformational type.

Count on tactics including drones, commandos, CIA spooks, and a mostly amenable media to help the Biden administration make war yet more invisible — at least to Americans.  Most Trump-detesting, and domestically focused citizens will find that just dandy, even if exhausted troopers, military families, and bombed or blockaded foreigners won’t.  More than anything, Biden wishes to avoid overseas embarrassments like unexpected American casualties or scandalous volumes of foreign civilian deaths — anything, that is, that might derail his domestic agenda or hoped-for restorative leadership legacy.

That, unfortunately, may prove to be a pipe dream and leads me to two final predictions: formulaic forever war will never cease boomeranging back home to rot our republican institutions, and neither a celestial God nor secular History will judge Biden-the-war-president kindly.

Read the rest of this article at TomDispatch