Ending the AUMFs Isn’t Enough, We Have to End the Wars 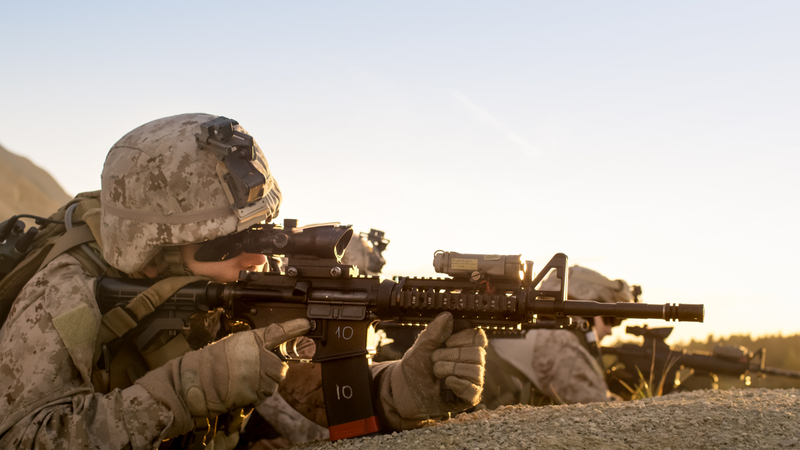 “A decade of war is now ending,” proclaimed the American president — eight years ago. President Barack Obama would soon expand what he had criticized as “a perpetual war,” the military conflict against Islamist terrorists that began in 2001 in Afghanistan but that sprawled to the war in Iraq and to many new enemies in many countries.

Now President Biden, too, is holding out the possibility of “ending the forever wars” by asking Congress to replace the 2001 and 2002 statutes that authorized wars against the 9/11 perpetrators and Iraq with a “narrow and specific framework.” Congress should embrace his worthy aspiration, but no one should be fooled. The president and Congress will need to go well beyond merely narrowing Congress’s old permission slips for war. That would leave the permanent war footing intact and preserve the president’s now almost limitless powers to fight anywhere, indefinitely.

To understand the limited significance of this approach to ending the forever wars, you need look no further than Mr. Biden’s Feb. 25 airstrikes in eastern Syria against the Iran-backed militias responsible for assaults on U.S. and allied personnel in Iraq. The United States is not at war with Syria or Iran, and Congress had not authorized the strikes. The president ordered them nonetheless, based on his independent authority, under Article II of the Constitution, “to conduct United States foreign relations and as Commander in Chief and Chief Executive.” Narrowing the 2001 and 2002 laws would leave this presidential power untouched.

This practically limitless unilateral military power is also relevant to Mr. Biden’s claim that he wants to “get out of Afghanistan” — another component of his objective to end these wars. A May 1 withdrawal deadline is currently subject to yet another “rigorous review” and would have to be renegotiated for American troops to stay. But if they leave, the president’s Article II power will permit him, even in the absence of congressional permission, to launch drone strikes and other targeted uses of force to meet any perceived terrorist threat (or other threat to the national interest) in Afghanistan.

Such strikes, in Afghanistan and elsewhere, are made possible by a colossal global infrastructure that undergirds the wars and would also be unaffected by narrowing legal authorizations for force. There are at least 45,000 U.S. troops in the Persian Gulf region, and the United States has permanent military bases throughout the Middle East. About 6,000 U.S. military personnel operate across Africa from numerous military outposts.

Yet perhaps instead we should wind down the forever wars and engage in genuine reform of presidential war powers. Eight years ago, Mr. Obama explained that “force alone cannot make us safe.” Even when it kills terrorists, he added, “any U.S. military action in foreign lands risks creating more enemies.” A war fought “through drones or Special Forces,” he finished, could also “prove self-defeating, and alter our country in troubling ways.”

If this is right, Congress must do more than withdraw old permission slips and reduce America’s heavy military presence abroad. It should end its long acquiescence in presidential arrogation of war power by affirmatively prohibiting unilateral uses of force except in tightly defined circumstances of actual self-defense. It should automatically cut off funding for discretionary presidential wars after a short period, absent congressional permission or a defined emergency. And it should reduce the enormous global military and intelligence infrastructure that leaves the United States always on the precipice of war even when presidents opt not to strike.

Only such steps, beyond fiddling with the 2001 and 2002 congressional authorizations, will mark progress toward ending the forever wars.