Delaying the Afghan Withdrawal Is a Mistake 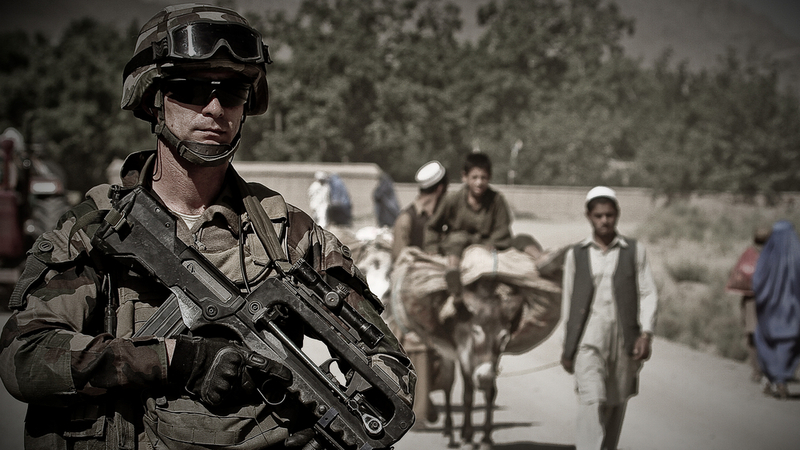 According to The Washington Post, President Joe Biden intends to see all American troops returned from the front by Sept. 11, the 20th anniversary of the 9/11 terrorist attacks that prompted the invasion of Afghanistan.

The reported announcement would represent yet another delay in recently redoubled efforts to end the war on terror.

Ebbing and flowing against the backdrop of Obama administration promises to demilitarize the Middle East, troop totals finally began to permanently decline some time after President Donald Trump took office, having campaigned on the termination of “endless wars” in the region.

An Afghan peace deal tendered under the Trump administration would have resulted in full withdrawal by May 1 of this year.

None of this is to say that American veterans are not rooting for a swift withdrawal.

Many are. In fact, multiservice veteran and Bring Our Troops Home founder Dan McKnight told The Western Journal his growing community would sing the praises of any political figure to see such a mission accomplished, no matter which side of the aisle they hailed from.

“We will praise President Biden if he actually withdraws the troops on the 20th anniversary of the Sept. 11 attacks,” McKnight said.

He and his colleagues stood firm in supporting the Trump administration’s efforts to end the war in Afghanistan, and according to him, the outlook and energy would not change in the Biden era.
But American veterans have seen the song and dance before.

Struggling to make good on promises to de-escalate the war on terror, President Barack Obama deployed thousands of troops to Afghanistan in 2009, before attempting to withdraw more than 20,000 when conditions improved in 2012. Those drawdowns proceeded for nearly two years, until escalating violence forced the administration into scheduling redeployments eventually greenlit by the Trump administration in 2017.

Trump would go on to push for promised withdrawals of his own, battling hawkish establishment figures to force troop totals in the nation down from 14,000 to fewer than 3,000.

By the time of Biden’s inauguration, decades of delay had brought the U.S. death toll in Afghanistan to roughly 2,300.

“We’re a little bit skeptical on the date that [Biden has] picked,” McKnight said. “We think it might be a little bit of virtue signaling. But if he actually does pull the troops out, we’ll be happy because we feel that the troops should have come home in February of 2002, when we killed or captured everybody that attacked us on 9/11.”

“We feel that America should be keeping our word on May 1,” he added.

“If we do leave and nothing bad happens between now and then, we will praise him for getting us out. But my heart turns to those folks that are still there for these last four months and 10 days. And I pray that they’re able to come home just like they would have been able to on May 1.”

As McKnight was apt to point out, political decisions often come at a human cost.

In 1918, Allied leaders knew the First World War was unofficially over for roughly two days before they notified troops on Nov. 11, when the original armistice was signed.

The delayed announcement cost thousands of lives on the Western front.

Read the rest of this article at The Western Journal