Col. Lawrence Wilkerson Says We Must Break the War Party 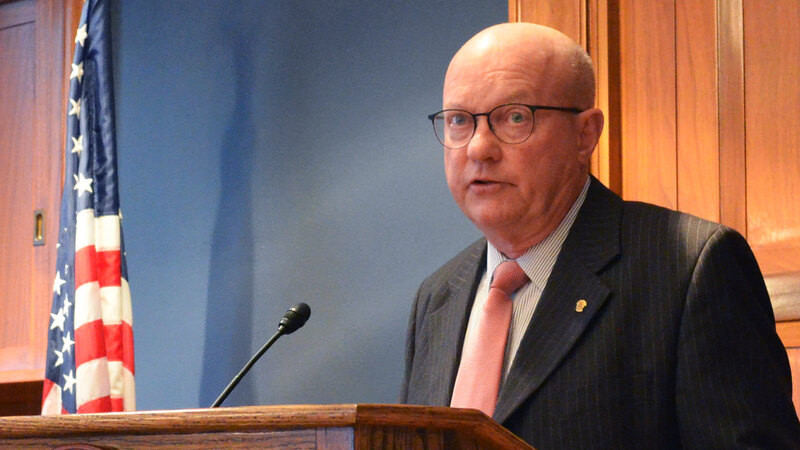 Eight hundred-plus overseas bases and counting; billions spent maintaining them, special operations forces in dozens of countries to combat a threat — international terrorism — that a CATO Institute study demonstrates, conclusively, has about the same chance of harming one of us as an errant lightning strike. Then there are America’s armed drones flying over at least nine countries — none with which we are constitutionally at war; covert operations ongoing on at least three continents; cruel sanctions on so many people and states that we can barely keep up with them — a sanctions web it will take a century to unravel, if ever. All of which contributes to half the world’s population now believing America—the self-styled “city on a hill” — is the greatest threat to their futures.

So amidst a supposedly transformational presidential administration, why not start the ameliorative process by stopping the endless, stupid wars, and all the other incredible idiocy induced, and then start unwinding America’s demonstrably counterproductive imperium?

The answer is simple, actually: there’s no money in it. Oh so much cash changes oh so few hands funding and waging wars inside a far-flung structure that both supports and engenders them. There are just too many too powerful people pocketing that blood money — from formidable defense contractors, to revolving-door generals and admirals, to members of Congress, to the executives of the big banks and financial firms. All profiting mightily from the empire’s treasury. Crony capitalism and the awful conflicts it spawns and supports—it all craves endlessness.  Such obscenities are a democratic disease, the bane of the proverbial “city on a hill.”

Yet we, the common citizenry, are all complicit — victims of a very old and terrible lie, an almost impressive imperial scam. It’s a long con and the ruse requires a carefully crafted culture of pageantry patriotism. For the most part it’s worked like a charm.

Contributing equally to this militarist corruption is the pernicious and obscene enlisting of just 1% of the youth of America, mainly less-advantaged youth hailing from places like West Virginia, Alabama, the interior of Maine, the backcountry of Oklahoma, and other rural or Rust Belt towns of America, to do the dirty business of state killing on behalf of a checked-out 99%. That’s one of the most tragic aspects of all of these endless, stupid wars. Trump’s “Bone spurs,” or Dick Cheney’s “I had better things to do,” paltry bow outs on the one hand, and the underprivileged devil’s bargain-takers — for whom $40,000 signing bonuses are more money than they’ve ever seen — on the other, combine to craft this horrible reality. It’s a key component of a forever war formula.

As has become the custom with America’s wars, conditionally-selected young people are dying, suffering devastating wounds, or living with life-long post-traumatic stress, homelessness or worse — committing suicide at unprecedented rates— whilst the self-selected huge majority carry on as usual.

Now that the over-the-top inaugural celebration comes to a close, if we don’t all of us take a holy oath to stop this desecration of all that’s sacred about our country, we ought hereafter hang our collective heads in shame.

“Thank you for your service” just ain’t enough anymore, if it ever was.

Read the rest of this article at Business Insider