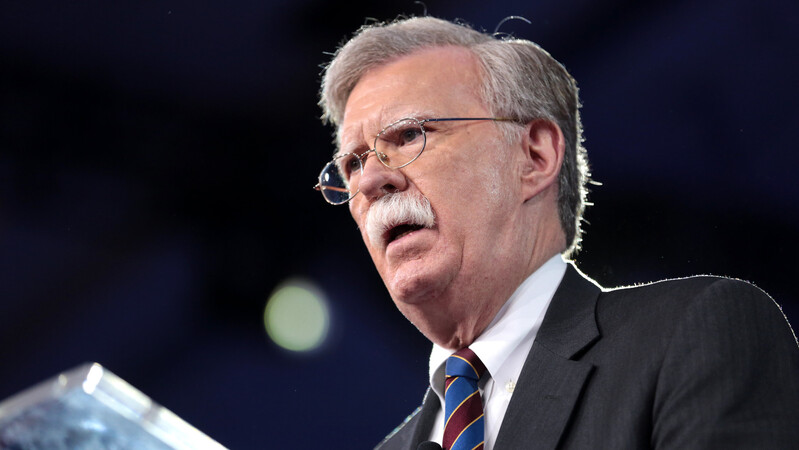 When President Joe Biden announced a new date for the full withdrawal of U.S. military forces from Afghanistan, there arose like clockwork a great, melancholic moan from the same media figures who have been defending the war for the past 20 years. Perhaps none was so despondent as John Bolton, who as Donald Trump’s National Security Advisor himself abetted the delay of a prospective exit.

So when I first read Ambassador Bolton’s recent article at Foreign Policy — ‘Bring the Troops Home’ Is a Dream, Not a Strategy — how could I, as the founder of BringOurTroopsHome.US, not take it as a personal challenge?

Minimizing the risks of continued occupation, Bolton mentions that “the last U.S. combat death occurred in February 2020.” But this is a direct result of the Trump administration’s Doha agreement and decision to negotiate a withdrawal date with the Taliban. President Biden’s four-month delay, from May 1 to September 11, may indeed imperil the safety previously assured to our soldiers. Imagine what would transpire if Bolton had his way and we actually announced another two-decade extension.

Bolton does admit there is “widespread public support for bringing the troops home” — a supermajority of Americans, including a supermajority of Democrats and a majority of Republicans, endorse President Biden’s new September withdrawal plan. Curiously, however, Bolton omits the opinion of the men and women who he wants to keep fighting his war.

Annual polling conducted by Concerned Veterans for America has found as recently as of January, 67 percent of military veterans support a full withdrawal from Afghanistan, up from 59 percent in 2019. That same year, Pew Research found that 58 percent of veterans didn’t think the war in Afghanistan was worth fighting at all.

“They are all wrong,” the former U.N. ambassador informs us.

Why do America’s soldiers so strongly disagree with John Bolton? Is it because, in his words, “the pundits tell us”? Or is it because we have walked the dirt roads of Afghanistan (dodging IEDs along the way), been under enemy fire, and witnessed firsthand the failed strategy formulated by men like him in Washington, D.C.?

Coincidentally, John Bolton and I share something in common. When our country was at war — for him, in 1970 and for me, in 2001 — we both joined our state’s National Guard (Maryland and Idaho, respectively). I joined so I could fight for my county in a war I now consider a mistake. He did it in essence to avoid fighting in a war he still defended.

Unlike today, when the National Guard is regularly deployed into combat overseas, during the Vietnam War they were typically kept stateside. Instead, the military preferred to scoop up recruits using the draft lottery system. This loophole allowed college students and other up-and-coming professionals to serve in some capacity while missing the direct combat or a trek to Canada.

As an attendee at Yale, Bolton was a vociferous champion of the Vietnam War and often debated antiwar activists on campus. His convictions, however, were not enough to put his money where his eventual mustache would be. “I confess I had no desire to die in a Southeast Asian rice paddy… I considered the war in Vietnam already lost,” he wrote in 1995.

When he received a draft number too close for comfort (185), Bolton describes in his 2007 memoir, he drove “from armory to armory in the Baltimore area and [signed] up on waiting lists until a slot opened up” in the National Guard. He had made the “cold calculation” that he “wasn’t going to waste time on a futile struggle” in Vietnam.

Between 1970 and 1975, when Bolton privately considered the war futile but publicly advocated its continuation, 9,500 of his less fortunate neighbors died in those blasted Southeast Asian rice paddies.

He closes his jeremiad in Foreign Policy by kicking one veteran in particular, the late senator George McGovern, who as the Democratic Party’s standard bearer in 1972 implored our nation to “Come Home, America” from needless wars like Vietnam. As a young man McGovern flew B-24s into Nazi Germany to bomb their oil refineries, performing thirty-five daytime combat missions that often had higher than 50 percent casualties. His exceptional record — which earned him the Distinguished Flying Cross for landing multiple planes severely damaged by enemy flak — was detailed in “The Wild Blue,” written by popular historian Stephen Ambrose. Perhaps George McGovern learned lessons in that cockpit at 28,000 feet that were not available to John Bolton while he was studying at Yale.

You do not need to have a military record to comment on or criticize U.S. foreign policy. We are all free citizens, and we all have an equal right to voice our opinions to our government. But I feel compelled to quote that distinguished parliamentarian and man of letters Edmund Burke, who said he could not conceive of anything under Heaven “more truly odious and disgusting” than the “impotent, helpless creature… calling for battles which he is not to fight…”

John Bolton did not have to fight his battles in Vietnam or Afghanistan. And thankfully, after this September, no other American will have to either.

This article was originally featured at Responsible Statecraft and is republished with permission.