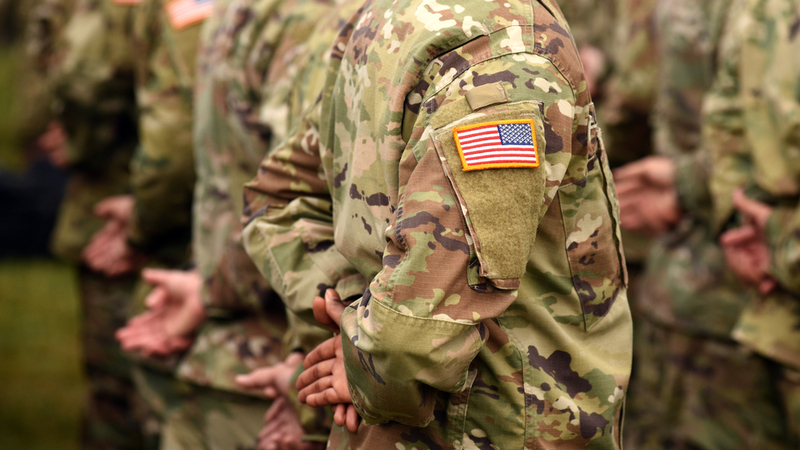 Last week U.S. forces operating in Syria were attacked by armed drones, allegedly by an Iranian-backed militia. On Tuesday, Al Jazeera reported that senior Biden Administration officials emphasized the president has no intention of withdrawing U.S. troops from Syria. That is a mistake that may, sooner or later, result in yet more pointless deaths of American service members.

President Biden needs to withdraw all the troops from Syria, immediately.

There are too many among Washington’s foreign policy elite who have become, frankly stated, addicted to the idea of keeping as many American troops deployed in combat operations around the world as possible. For many years they have fought, aggressively, any consideration of withdrawing troops from any fight, anywhere, any time – and except for ending the war in Afghanistan last August, they have succeeded at thwarting any withdrawal. This latest resistance to ending our combat operations in Syria is only the latest example.

In 2014, then-President Obama announced a plan to end the Afghan war and withdraw all U.S. troops by the end of 2016, saying that it was, “time to turn the page on more than a decade in which so much of our foreign policy was focused on the wars in Afghanistan and Iraq.” Americans, Obama also noted, “have learned that it’s harder to end wars than it is to begin them.” He learned just how hard barely one year later.

In October 2015, Obama retracted his promise to end the withdrawal and decided to punt to the next commander in chief. Yet as the Washington Post’s Craig Whitlock revealed in the 2019 Afghanistan Papers, Obama pulled the plug on the withdrawal because “the president faced countervailing pressures to stay put from the Pentagon and hawks in Congress.”

Instead of standing up to the pressure because it was the appropriate military response to the strategic circumstances, Obama folded. American troops paid the price in blood for his refusal, as 77 Americans died after 2016 and another 425 were wounded. All of those casualties would have been avoided if Obama had simply resisted the political pressure and done the right thing.

President Trump three times announced he was withdrawing troops from Syria during his term, and twice tried to completely end the war in Afghanistan. In all cases, Trump was fiercely opposed by senior members of his cabinet and national security apparatus and when he left office, none of the missions had ended. Because Trump unwilling to resist the institutional pressure and refused to end either the Syrian deployment or Afghan War on his watch, a number of U.S. troops in both countries were unnecessarily killed and wounded.

It should be unconscionable to keep American service members at constant risk of their lives and limbs when their presence there is not necessary. It is only a matter of time before one of those rocket attacks finds the mark and Americans are killed or wounded. Biden will then come under enormous pressure to respond militarily.

The only result of such action will be to increase the tensions, raise the chance of stumbling into a pointless war with Iran, and make the Iranian and militia victims vow yet more revenge against Americans.  It’s time for the president to withdraw our troops and end the unnecessary risk to our troops.