Bring Our Loved Ones Home 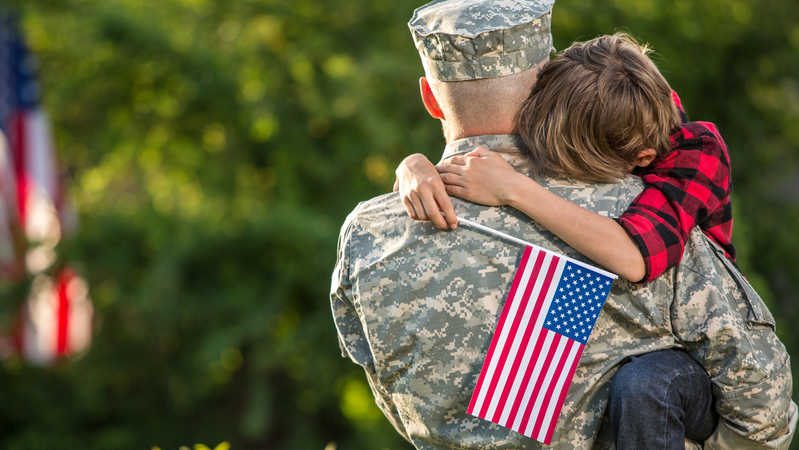 Leaders in Washington D.C. , must not forget our U.S. troops still in Afghanistan.

The war there and Operation Enduring Freedom have taken an immeasurable toll on military families like mine over the past 19 years. At their peak, families were separated for up to 15 months at a time. Children were born and raised, some who will never meet their fathers. Life was hell. It has been one of the most costly wars in American history — exceeding $9 billion and taking the lives of more than 2,000 U.S. troops and wounding more than 20,000.

According to recent peace negotiations, a complete withdrawal of U.S. troops is scheduled for May, assuming the agreements hold. For families like mine, this will be a bittersweet milestone.

I am a seasoned military spouse, and seeing the glimmer lost in a young soldier’s eye breaks my heart. I cannot recall the number of memorials I’ve attended or the number of tears I’ve shed. But I remember my husband’s first deployment as if it were yesterday.

The sun beamed down into the bays as the white buses pulled in. The lump in my throat rose as my husband grabbed his duffel bag and weapon. I hated that moment. I realized I was alone. I had no family on the island of Oahu, no children of my own. I was a 25-year-old military spouse, separated from my husband after only a few months of marriage. Less than one month before his deployment, I had suffered a miscarriage and underwent major surgery. Those moments watching him walk away were the hardest.

During his time away, the daily fear and anxiety of not knowing whether our service members were OK consumed me and the other spouses. We waited for that dreaded call. On Easter Sunday in 2009, I waited by the phone for a happier call, eager to hear my husband’s voice. The phone never rang.

The next day, my mounting fear created hypothetical stories you’d only see in a horror movie. I called some of the other military spouses asking if they’d heard anything; they said No. This life isn’t for the faint of heart. Finally, on the third day, he called. He was distraught about recent events but alive. Little did I know, this was just the beginning of the effects of war.

Soon after he returned, my husband’s war wounds began to appear. Post Traumatic Stress Disorder manifests in injuries that you can’t see, but you know are there. PTSD devastates military families. The mental anguish my husband endured crippled him. He spent many nights raging, crying, then raging again. Our marriage nearly ended after that deployment.

It took years of counseling, medication and rehabilitation to help our family heal. Nonetheless, I pressed on, exuding patriotism like the proud military spouse I am — comforting our troops with empathy, morale-building events and food.

A troop withdrawal is a hope for which we’ve held our breaths all these years; the moment when we can unclench our jaws and sigh.

But until this war is over, and all our service members are safe at home, we cannot feel at ease. I beseech the next Congress and White House to finish the job. Remove our troops from these endless wars, and let our families rest.

Read the rest of this article at the Miami Herald