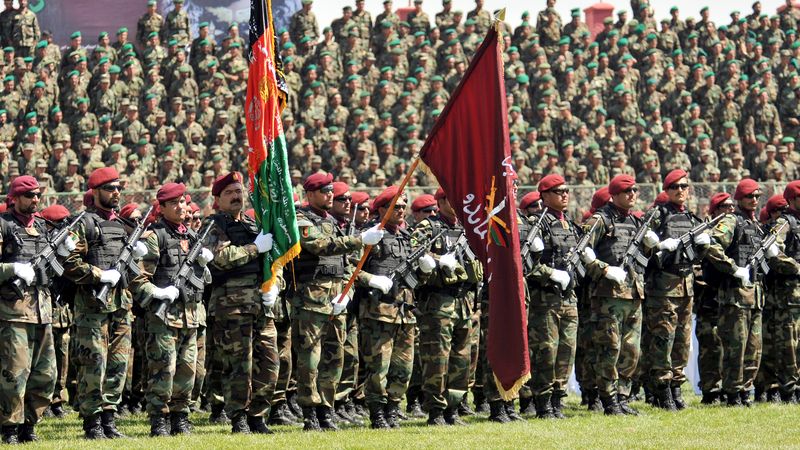 It is hard to be in a war, but sometimes even harder to leave. One reason is that a war’s goals may remain unfulfilled. Wise states do not enter wars whose goals are not important to their own security. The fear of those unfulfilled goals sustains the war.

This is the case in Afghanistan. After crushing Al Qaeda and punishing the Taliban early in the war, the United States has been waging a war of nation-building and nation-holding — serving as a crutch for the Afghan government until the Afghan government can stand on its own. Central to that has been building up the Afghan National Security Forces (ANSF) — the military and police that must push back the Taliban and other enemies of the Afghan state.

Yet the failures of these forces are daily news these days. Afghan troops are surrendering in droves. The Taliban is seizing territory and capturing enough U.S.-supplied gear to fill an arsenal. It is no wonder some are calling on the United States to abandon its plans to leave the war. Indeed, with Afghan leaders Abdullah Abdullah and Ashraf Ghani coming to Washington for a meeting with President Joe Biden on Friday, these views may be aired in the White House. But the U.S. choice in Afghanistan remains what it always was: leave and likely see the collapse or fragmentation of the state or stay forever propping up a nation that will never be built.

Critics of the U.S. exit from Afghanistan have lost sight of the whole reason we have been in Afghanistan for so long: that unfulfilled goal. The Afghan National Security Forces remain unable to provide security to Afghanistan. Their collapses are not a reason to stay and keep building, as the critics hold, but confirmation that the nation-building mission has failed. The United States has been unable to build what it has stayed in Afghanistan to build.

We are at a similar point in Afghanistan. All hope of the Afghan government reasserting lasting control is gone. The ANSF has not collapsed yet, but that point may not be far off. The Wall Street Journal’s Gordon Lubold and Yaroslav Trofimov report that U.S. intelligence agencies “concluded last week that the government of Afghanistan could collapse as soon as six months after the American military withdrawal from the country is completed.” Ethnic militias are pouring into the streets to help defend key cities, a sign of ANSF insufficiency and perhaps of coming fragmentation. Major highways are under growing Taliban threat. U.N. special envoy Deborah Lyons reported this week that “more than 50 of Afghanistan’s 370 districts have fallen since the beginning of May,” adding that the advances appeared to be an attempt to surround and eventually seize provincial capitals. Thirteen district centers fell in just twenty-four hours earlier this week, and the total is now up to eighty.

There is no doubt that many members of the Afghan military have fought bravely and sacrificed deeply for their homeland. But an effective fighting force for securing Afghanistan cannot rely on courage, readiness, and skill from a few individuals or units. It must hold off the Taliban consistently and sometimes push them back — and it must do this across the whole ANSF. It is time for the United States to recognize that our long effort to build the Afghan military is falling apart before our eyes. We can either leave or remain in Afghanistan forever. Reagan made the right call in a similar situation in 1984. Will we?