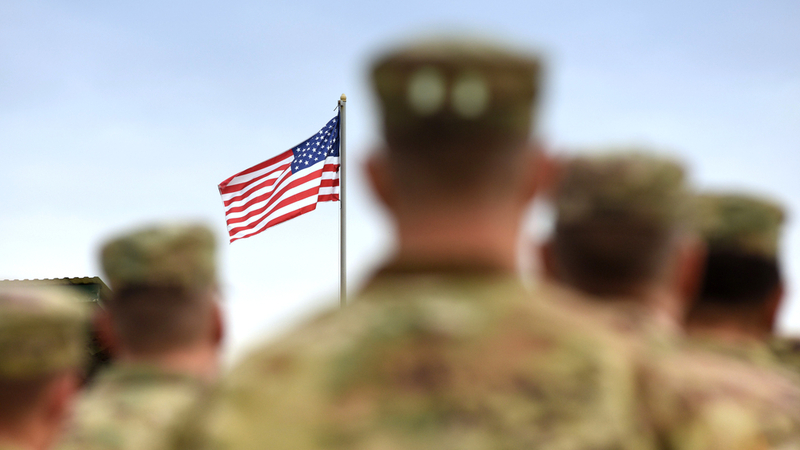 I have a few ideas for Biden — a 10-point plan, in fact, for turning his softball rhetoric into hardball reality. Consider, Mr. President, the following powerful examples you could set as America’s latest commander in chief:

3. End this century’s forever wars and radically downsize this country’s unprecedented global network of military bases. Driving the colossal size of today’s military is what my old service, the Air Force, likes to call its “global reach, global power” mission. At least in theory, that mission, in turn, helps justify the sprawling network of 800 or so overseas bases, a network that costs more than $100 billion a year to maintain. Such bases not only consume resources needed here in the U.S. and help stoke those forever wars, but they present high-value targets to opponents and incite ill-feeling and resistance from “host” countries. So, downsizing that global base structure would be an act of peace — and fiscal sanity.

4. Make major cuts in the country’s war budget. Fewer bases and fewer or no wars should translate into a far lower defense budget. Somewhere in the neighborhood of $400 billion annually to defend this country and cover its real “national security” interests seems reasonable for the self-styled lone superpower. The money saved (roughly $340 billion based on this year’s budget) could then perhaps be partly rebated directly to American families in need in this pandemic. Perhaps every American family earning less than $50,000 a year could see a rebate on their taxes directly attributable to downsizing that budget and America’s imperial footprint overseas. Taking a page from Donald Trump, President Biden, as America’s thrifty and giving commander-in-chief, could even have his name put on those rebate checks. Call it a long-delayed peace dividend. Regular Americans, after all, need such “dividends” far more than giant defense contractors like Boeing or Raytheon. And don’t get me started on the need to invest in rebuilding this nation’s infrastructure at a moment when the extremities associated with climate change threaten to devastate parts of the country.

6. Pay attention, for once, to President Dwight D. Eisenhower’s 1961 farewell address and exert rigorous oversight and zealous control over the military-industrial complex. That means ending the 2001 AUMF, the authorization for use of military force that Congress passed in a climate of panic and revenge in the immediate aftermath of 9/11 (though it was only to be against those associated in some fashion with those terror attacks), and the second one Congress authorized in 2002 in preparation for the Bush administration’s invasion of Iraq. They have been misused and abused by presidents ever since. Furthermore, end any conflict that hasn’t been authorized by a direct Congressional declaration of war. That means withdrawing all U.S. troops from Iraq, Afghanistan, Syria, and elsewhere across the Greater Middle East and Africa. America’s security is not, in fact, directly threatened by those countries. As a self-declared democracy, the United States should set an example by not fighting wars disconnected from the people’s will and the true needs of national defense.

8. Reject threat inflation, including the heightening talk of a “new cold war” with Russia or China or of an ongoing “generational” war on terror. Eliminate talk of a new Red Menace, of likely wars with Iran or North Korea, or of America’s backwardness in cyberwarfare research and development. Terrorism is nothing new and will always be with us in one form or another (including, vis-a-vis the Capitol on January 6th, domestic terrorism). Indeed, since war is terror, a war on terror should truly be considered an oxymoron. Terrorist acts are mostly the recourse of the weak when taking on the strong. The United States isn’t going to stop them by getting stronger yet. Nor are China and Russia about to invade this country. (This isn’t Red Dawn.) Iran is not coming to impose Sharia law and North Korea is not about to launch nukes against us. As for cyber-attacks, don’t worry: no matter what you’ve heard, no country does cyberwarfare better than the U.S.A.

9. End the practice of foreign aid taking the form of military aid. When taxpayers give aid to foreign countries, it should be in the form of food, medicine, and other essentials, not cluster bombs, F-16s, and Hellfire missiles.

Read the rest of this article at Common Dreams